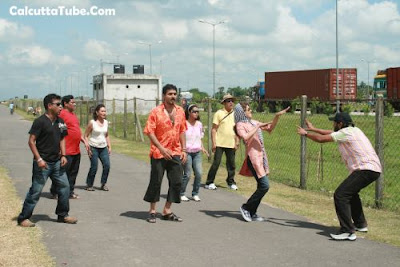 Watched Chhoy-e Chhuti - the Bengali film directed by debutant Aniket Chattopadhyay (also known as the News Editor of Kolkata TV)- the other day and posted the review on Washington Bangla Radio as my first professional writing assignment. Do post your feedback here.
Posted by Anirban Halder at 5:20 PM No comments: 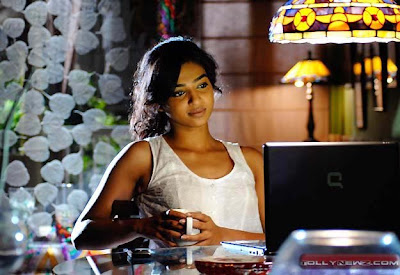 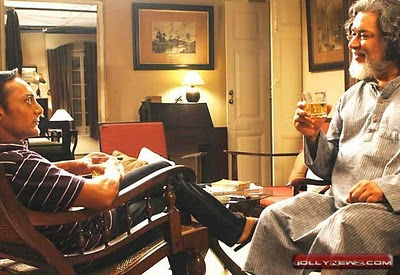 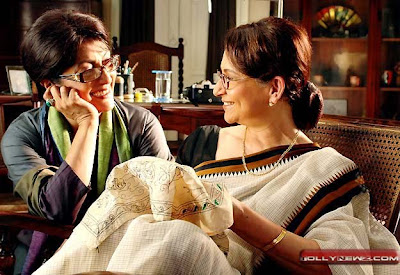 It is so heartening and feels so proud to know the honours Antaheen bagged at the National Film Awards. It won the Best Film award, Abhik Mukhopadhyay the Best Cinematographer, Shreya Ghosal the Best Singer and last but not definitely the least our very own Anindya Chattopadhyay and Chandril Bhattacharya the Best Lyricist.

Take a bow- winners (Including Screenplay Films- the production house) and Team Antaheen. Do keep up the good work and keep us- hungry souls for enjoyable, meaningful cinema- hooked.
Posted by Anirban Halder at 6:51 PM No comments: 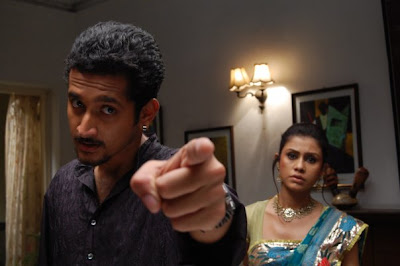 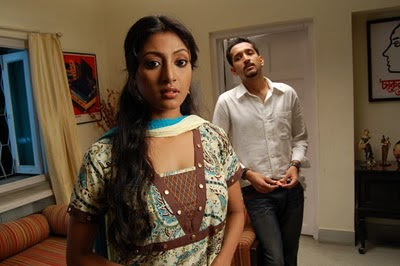 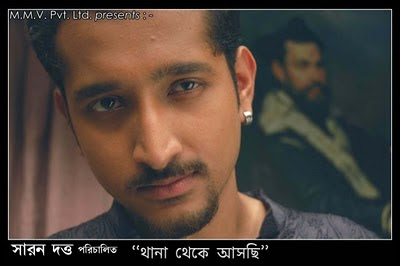 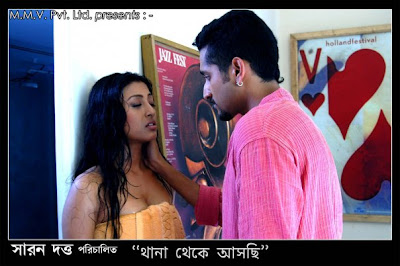 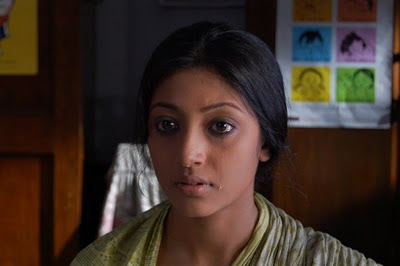 Priya, Kolkata's most loved cinema hall, has two recent additions in its F&B bouquet. In November '09 came Gelato Italiano near the advance ticket counter- the first ever gelato parlour in a single-screen theatre in the city. And Arambagh's Chicken opened a counter at the balcony floor this month.

Gelato Italiano, a brand of Pan India Food Solutions- a Future Group company, had a flying start as it bowled over the Priya customers, and may be some passers-by too, being located almost on the footpath, at the main gate, with its super tempting inaugural offer of Rs 9 a cup for all flavours to generate quick trials.

Arambagh's seems to be a bit struggling and there's an interesting insight here. The balcony tickets are priced Rs 115 and Rs 125, and there are few Bengalis, known for being extremely value-conscious, who prefer that place. And the non-Bengali customers have a marked preference towards vegetarian food. Was it of better sense to locate the counter at the first floor that houses all the stalls- rear to front, thereby getting exposure to more Bengali customers who love their chicken dishes? time will tell.
Posted by Anirban Halder at 11:56 AM No comments:

Here'a my 2010 wishlist for Tollygunge- the hub of Bangla cinema.

1. Sri Venkatesh Films continues dabbling in alternative cinema (starting again after years with Iti Mrinalini , and Autograph in the pipeline) and does a good job of it.

3. The industry gets a handful of good writers in mainstream cinema.

4. (By some strange twist of luck) Rrishii Kaushik is cast as Feluda in Jato Kando Kathmandute- the next Feluda flick to be shot this year.

5. Shantanu Moitra makes more music. Pherari mon and Jao pakhi are refusing to go out of the system.

6. Radhika Apte comes back to act in more films. Her Antaheen debut has left a mark that no other fresher has been able to match in a long time.

7. Saran Dutta's Thana Theke Aschhi doesn't take long to release. Those who liked his Shikar (2006) are finding the wait for his next movie endless.

8. Mainak Bhaumik gets on the floor to shoot his next film as a 'director'. It's too sad the 'Aamra' director has to wait for this long to start his next film (Machh, Mishti and More- a sequel to The Bong Connection that he edited).

10. More directors who know their craft (after Raj Chakraborty), are hardworking and focussed join Bangla mainstream cinema taking it to an aspirational level of entertainment.
Posted by Anirban Halder at 10:22 AM 6 comments:

2. Emergence of Screenplay Films: With the success of Antaheen, they proved that they can make their kind of films (that fall in the alternative cinema space), yet have a strong audience connect. Antaheen brought a new slice of audience to theatres, among others- middle-aged, urban, educated, upper middle class housewives in groups. In the coming years this house seems set to move from strength to strength, with all eyes currently on their under-production Ekti Tarar Khoje that brings back Shayan Munshi after his impressive debut in The Bong Connection in 2007 and Arpita Chatterjee (erstwhile Arpita Pal) in a delightful comeback after her marriage with Prosenjit.

3. Rise of Raj Chakraborty: He consolidated his position this year with the blockbuster Challenge that took Bangla cinema a few notches up in the entertainment quotient, and Prem Amaar, after last year's thunderous debut Chirodini Tumi Je Amaar, and skyrocketed to the top slot of directors. The entire industry is watching him and audience expectation is rising with every release. His mantra is: Never repeat yourself.

4. The copyright suit: The makers of Namaste London taught a lesson to the makers of Poran Jaye Jwoliya Re and their peers that indiscriminate remaking can be dangerous. It resulted in acknowledging 7G Rainbow Colony in the opening credits of Prem Amaar as the original film.

5. More success in alternative cinema: Antaheen, Madly Bangalee and Cross Connection have had a good to decent run at the box office, injecting more promise in sensible cinema.

6. Fading out of Rituparno Ghosh: The erstwhile toast of the educated urban Bengali had just one release- Shob Choritro Kalponik- that failed to make a mark. In the last few years audience waited too long to watch his films to hold patience and stay interested. All his films are lying in the post-production stage or in the cans for too long leading to a substantial loss of interest in him.

7. Comeback of Jee-Ko:The most successful pair of the last decade, Jeet-Koel, came back in Saat Pake Bandha to hit the screens after they parted ways two years back.

8. The magic of DI: DI or Digital Intermediate- a special effects tool- transformed 'Dujone' and lent the film a never-seen-before gloss that hooked the audience.
Posted by Anirban Halder at 5:28 PM 2 comments: