My morning felt good to read about the state environment department's new circular that lit hoardings now have to source electricity from solar power. Those using generator solely to light up have to make the switch immediately, while others drawing power from grid have time till December '10 to make the switch.

Once this happens, it will save 60-80 MW per day! And a few hundreds of tons of carbon dioxide in generating it. Isn't that wonderful in the times of global warming and climate change?

The move takes a bow from all environment-conscious citizens of Kolkata. As implementing greater use of solar power in core areas of usage (domestic and industrial) is not an easy ballgame and will take time to take place in a significant way, identifying outdoor advertising for this is indeed wise.
Posted by Anirban Halder at 10:32 AM No comments:

Mohun Bagan does it again

A happy news to share here: Mohun Bagan defeated Chirag United 1-0 a while back to become the Kolkata football league champion. And that's three times in a row! Congrats to the green-maroon brigade. A great feat.
Posted by Anirban Halder at 8:24 PM No comments:

My Amanush review is live on Washington Bangla Radio. Do read and post comments.

Amanush is the new Bengali release directed by Rajib (Who debuted with Dujone last year) and stars Soham and Shrabanti. It has been produced by Shree Venkatesh Films.
Posted by Anirban Halder at 3:41 PM No comments:

Tapen Chattopadhyay is no more. But he is immortal in our memory as his legendary screen character.
Posted by Anirban Halder at 6:33 PM 1 comment: 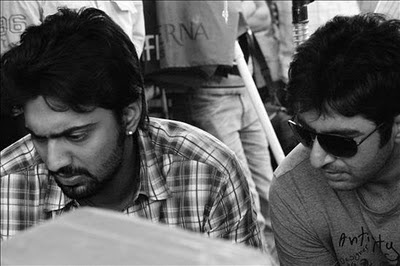 Dev and Jeet at the sets of Dui Prithibi- a Venkatesh Films movie under production. It is Raj Chakraborty's next after 'Ley Chhakka'. Straight from the Tweeter photo album of the producer.
Posted by Anirban Halder at 11:31 AM 2 comments: 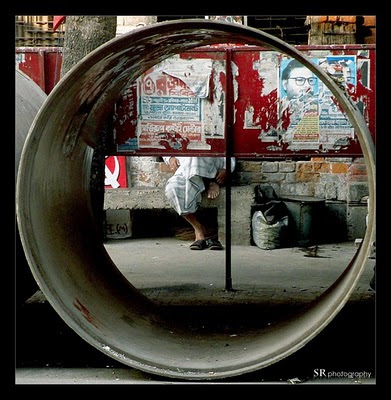 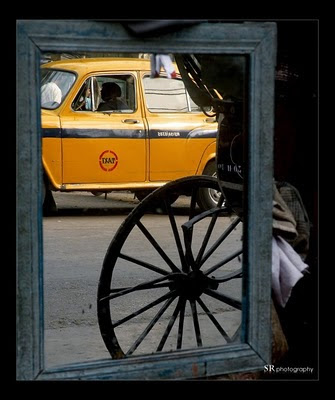 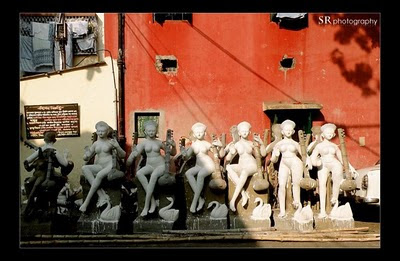 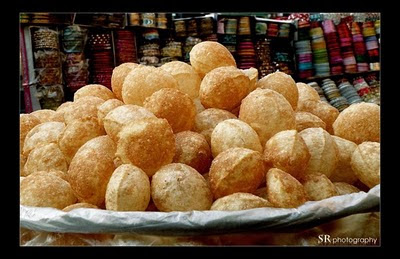 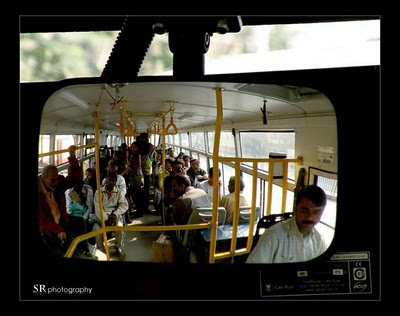 Here are some pictures of the city lovingly shot by Sayantan Roy, a photographer by passion from the city. 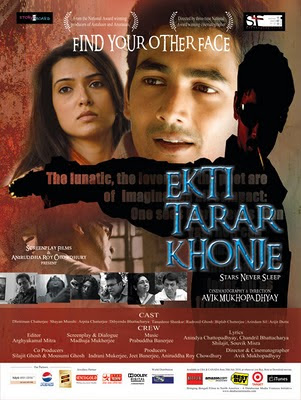 Here's the first poster of 'Ekti Tarar Khoje'- the next release from Screenplay Films (of Anuranan and Antaheen fame). Produced by Aniruddha Roy Choudhury, this film marks the Bangla directorial debut of celebrated cinematographer Avik Mukhopadhyay (who shot Antaheen) and the comeback of the beautiful Arpita Pal (surely looking her best in this film) who pairs with Shayan Munshi (who we all missed so much after his brilliant debut in Bangla cinema in 'The Bong Connection'). Kolkata can't wait to watch it.
Posted by Anirban Halder at 10:29 AM 1 comment: 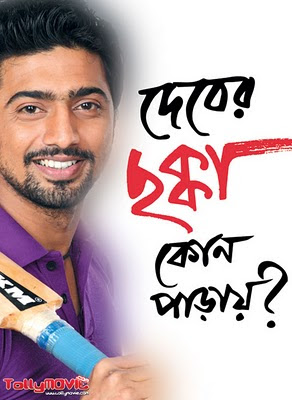 This teaser of a movie is all over the city now. Seems to be rolled out about two days back. No prizes for guessing the film for those who've been to this blog in the last few days. The release is more than a month later. Looks like the makers of the film are going to do the whole hog to generate a big initial.
Posted by Anirban Halder at 4:08 PM No comments:

The trailer for Le Chakka- Raj Chakraborty's ambitious film based on an original script (on which he made a telefilm called Nagar Basanta on Zee Bangla years back) is out. After his first three films that were remakes of Southern hits Raj deliberately changed direction. He ventured outside Venkatesh Films and made the kind of film he wanted to. Le Chakka, written and scripted by Padmanava Dasgupta (Who also wrote Cross Connection), is quintessential Bengali in subject that deals with gali cricket, North Kolkata and South Kolkata divide and Ghoti vs Bangal. Needless to say the film is keenly awaited.
Posted by Anirban Halder at 2:24 PM 1 comment: