Shampa Kundu, albeit a bad throat, mesmerized the audience in the Star Theatre auditorium in Nayika Sangbad on 27 December, day 2 of Star Utsab (Re: the earlier post Star Utsab) with her rendition of hits of Kanan Debi to Rituparna Sengupta.

For images and details, come back to this blog.
Posted by Anirban Halder at 10:22 AM No comments:

Little Stars- the fashion show for the kids at the 4th edition of Star Utsab kickstarted at Star Theatre on Christmas simply rocked!

For photos and details come back to this space.
Posted by Anirban Halder at 2:53 PM No comments:

Email ThisBlogThis!Share to TwitterShare to FacebookShare to Pinterest
Labels: Events

December is the time for frenetic preparations for 'the event' at Star Theatre by Priya Entertainments, that takes place over the last week. It's Star Utsab (rechristened from Star Carnival that was held in 2007 and 2008).

The event, in its own small way, brightens up the lives of a section of people of north Kolkata, a part of the city that doesn’t witness events of this nature so common to its counterparts in the city at this time of the year. It is a winter festival with a difference. Inclusive in nature, it aims to touch upon various groups of people from the children to the senior citizens (who are generally kept out of purview of such festivities). Little wonder the event runs to packed house every year.

Here's a lowdown on this year's Star Utsab, where the organisers have "infused certain elements that go well with the cultural subtext of north Kolkata making it a celebration that people from this part of the city can own emotionally".

Fun with Santa
25 December, 11 am
A sit 'n' draw contest followed by cutting of Christmas cake by Santa Claus and his playing around with the small friends.

Little Stars
25 December, 6 pm
This is a fashion show for the kids- a templated element of the festival, extremely popular since its inception in 2007. It fetches tremendous response from the local people.


Nayika Sangbad
27 December, 7 pm
Bengali silver screen has been enriched with the grace, sensuality and powerhouse performances of many a name dating back to the '40s. They have left an indelible impression in the cinema lover’s memory through their arresting screen presence and especially through performances in countless songs that still fill up our mindspace. Nayika Sangbad is a trip down memory lane where Shampa Kundu will enthrall us through a musical entourage from the times of Kanan Debi till Rituparna Sengupta. She will be ably complemented by actress Suchita Raychaudhury who will share interesting anecdotes about the heroines making it an evening to remember. The evening will also witness a felicitation of Sabitri Chatterjee and Madhabi Mukherjee-the two legends of Bangla filmdom and part of this musical tribute. Conceptualized and directed by Sujoy Prosad Chatterjee, this concept show will raise a toast to some memorable faces of Bangla cinema in its first ever outing.


Thakurbarir Fashion
29 December, 6.30 pm
A fashion show reflecting the style quotient of the famous Thakurbari (The residence of Rabindranath Tagore's family at Jorasanko in north Kolkata). This family, besides its literary acumen, is also historically well known for leading the so-called fashion movement, especially in the arena of women’s fashion. The event will intricately showcase and articulately narrate the fashion history of the eminent household.

Chandrabindoo solo
30 December, 7 pm
In true synergy with the cultural texture of the other elements, Chandrabindoo was chosen because of a wit and a certain progressive Bengaliness so unique of them, to bid adieu to the year and end the event one day away from the clutter of new year eve events all over the city. Incidentally it will be a solo show of the top-notch Bangla band after years.

Email ThisBlogThis!Share to TwitterShare to FacebookShare to Pinterest
Labels: Events

A different show for 'Boudi's

Many must have been inquisitive since the news about the second edition of the popular dance-based reality show Dance Pe Chance on Rupashi Bangla came out. Named Dance Pe Chance Boudimoni, it was, as the name suggested, for the 'Boudi's (married women). A show where married women, nurturing a dream of showing their dancing talent, would set the stage on fire before Raveena Tandon and danseuse Sutapa Talukdar and a surprise judge in each episode.

The first three episodes (December 16-18) were designed to show what was in store, how this show was different and its audience connect. Married women of a medium age range and all sizes participated. Some of the observations:

a. The participants are mostly from a middle/ lower middle class background.

b. Some of the participants have support and motivation from their husband/ mother-in-law apart from families. Indeed interesting to know going by the Bengali middle class values. The world and everything in it is changing, hmm?

c. Some have the guts to have defied the family resistance against participating in such a show.

The audience connect is obvious. It should get the show a flying start at TRP.

The second episode had a lawyer, Sarika Some and a domestic help, Sunita Adak competing. Sunita had been left behind by her husband for daring to take part in the show. She went ahead despite the strong opposition to secure a better future for her small child who was brought on stage by her grandmother. Hats off to the woman.

Rituparna Sengupta, the producer, was the surprise judge in the first episode, Dona Ganguly in the second and Jaya Sil in the third, making her comeback to showbiz after the film 'Hothat Neerar Jonyo' released years back. Jaya added spice to the episode by her impromptu jig on stage along with the contestant after her performance on a special request from the host-director Shibaprasad Mukhopadhyay. Riddhi, the popular Big FM RJ, is the other host.

Sutapa Talukdar was fashionably graceful and made a good judge, neither too pricky nor lenient. Raveena was sweet and encouraging, besides looking gorgeous. A small hitch was prominently mentioning the sponsors for Raveena's and hosts' clothes by the hosts at the end. Couldn't it be sensibly presented?
Posted by Anirban Halder at 1:13 PM No comments:

T-shirt wise, jacket foolish! One of the warmest Saturdays (and winter) in many seasons.
Posted by Anirban Halder at 7:43 PM No comments: 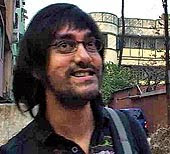 It was no short of a googly bowled by Aamir Khan yesterday at none other than Sourav Ganguly's residence gate. Nobody could recognize him. It was his second visit during his multi-location tour in disguise- part of the 3 Idiots promotion strategy.
Posted by Anirban Halder at 4:18 PM 1 comment:

The best gift of 2009 for Kolkatans

I feel it is most definitely the cleaner air as evident in recent data as quoted in this The Telegraph report. The level of benzene, a lethal pollutant is down by 9 times compared to November '08! Others like carbon monoxide and nitrogen dioxide are significantly and reasonably down too, respectively. All thanks to the gradual phaseout of 2-stroke auto rickshaws and vehicles more than 15 years old. The air is more breathable, and I can vouch for that through my daily commuting experience in public transport. And this makes the city more livable, more so for the little citizens of this city.
Posted by Anirban Halder at 1:58 PM No comments:

Have been looking forward to a cinema group for quite some time in Facebook where some sensible, regular discussions on cinema take place. Just joined this group called Cinemania on an invitation from a friend. The first look is satisfactory. The emphasis is on Bangla cinema was something I liked a lot.
Posted by Anirban Halder at 1:40 PM No comments:

There is a screening of Angshumaner Chhobi at Gorky Sadan on 2nd December at 6pm. All are welcome (Invitation cards are not required).
Posted by Anirban Halder at 7:45 PM 1 comment: 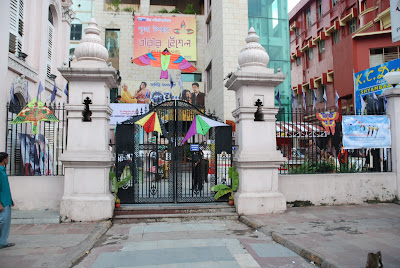 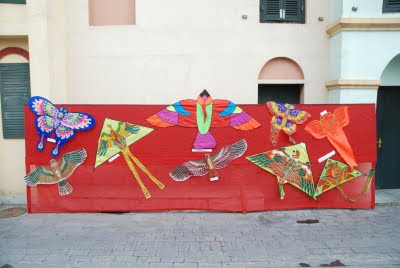 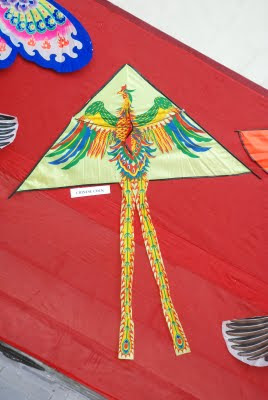 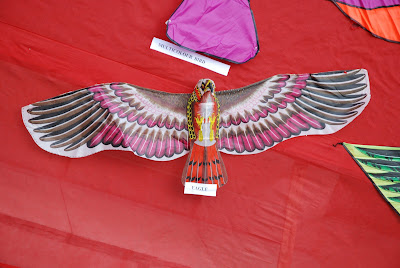 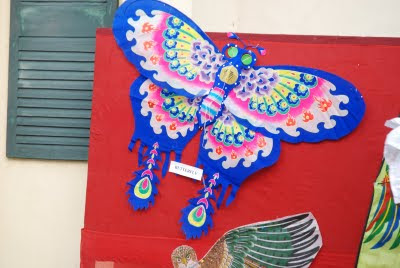 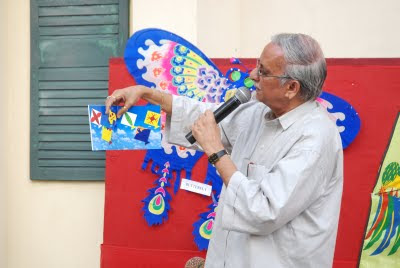 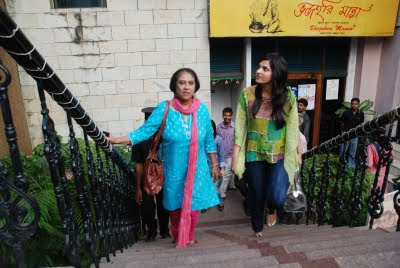 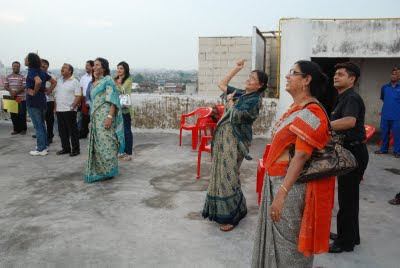 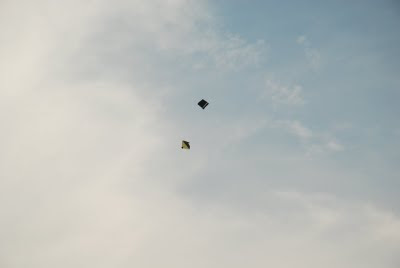 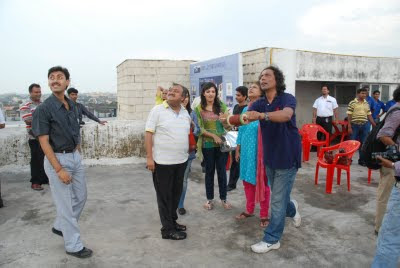 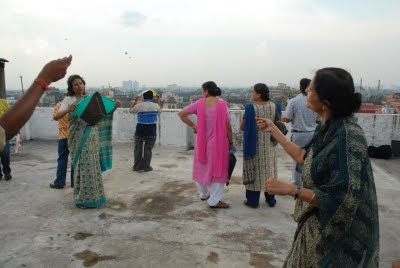 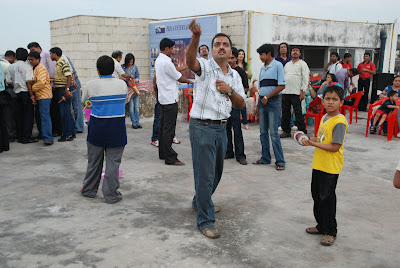 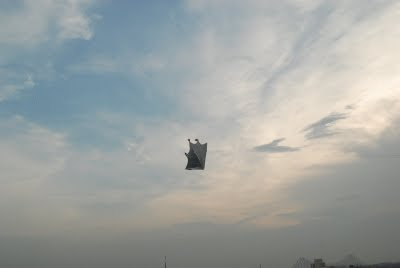 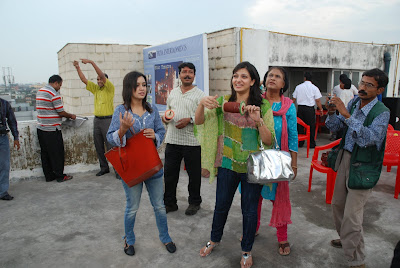 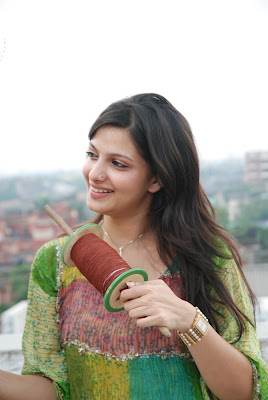 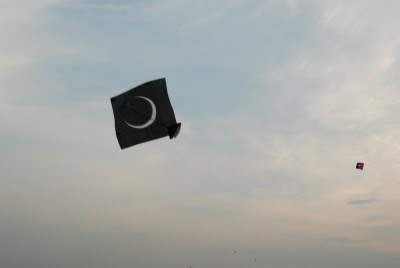 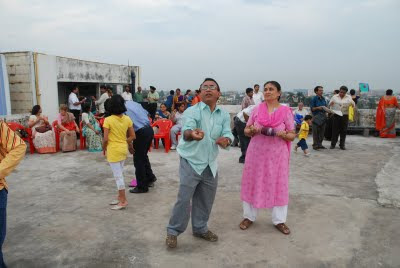 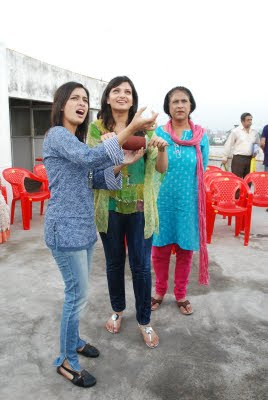 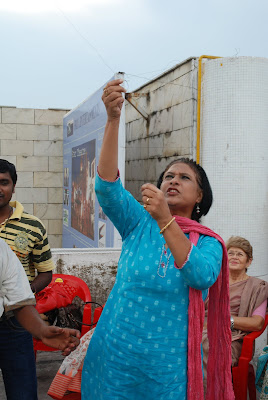 People of North Kolkata witnessed a unique event at Star Theatre on 17 September '09- the day of Viswakarma Puja: The third edition of the annual Kite Festival organised by Priya Entertainments, the custodians of Star Theatre. Kite Festival is a tribute to North Kolkata's passion for kite-flying on Viswakarma Puja. Apart from the usual kite-flying competition, with a dash of glamour brought by the presence of celebrities (this year it hosted actress-director Sudeshna Roy, Rimjhim Mitra and model-turned-actress Tanushree Chakraborty), there was a unique exhibition of kites- Indian and Chinese, with documentation of the world history of kite-flying. Mr Aloke Chatterjee, ex-Art Director, O&M and an expert of kites helped with the content and released his fun book on kites.
Posted by Anirban Halder at 7:31 PM 2 comments: