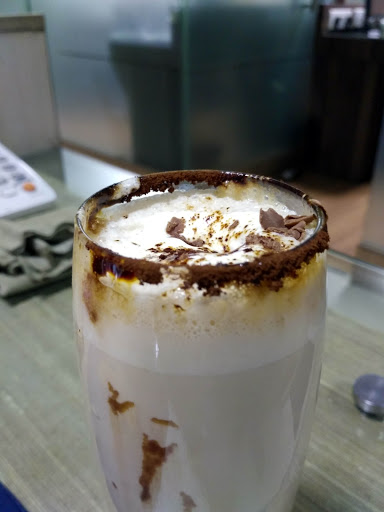 A sudden Saturday idea to liven up the workplace. It sucks working on a Saturday, right?

Infused with vanilla ice cream and chocolate with a few Cadbury Shots thrown in. All by the cooking talent in the team.

f you liked reading the post, you may visit this blog's Facebook page (click on the link) and hit the 'Like' button to stay connected with the future updates on this blog and more on the page.

Posted by Anirban Halder at 5:26 PM No comments:

Language: Bengali
Director: Aniket ChattopadhyayCast: Dev, Rukmini Maitra, Priyanka Sarkar, Shataf Figar, Krishnendu Dewanji, Arna Mukhopadhyay
Release date: 13th April 2018A Bengali suspense thriller with terrorism as a subject and a big star in the lead, shot largely in an express train and on location in Kolkata and Mumbai evokes curiosity. Having been familiar with Aniket's work, which is his lowbrow sitcoms, I went to the show with no expectations.

Yasmin Khatun (Rukmini Maitra) is leaving Mumbai to catch her train to Howrah on the day a chain of blasts is taking place in important and busy places in Mumbai in 2012. Her taxi driver refuses to go past a point and police, already bogged down by the blasts, is of no help. She gets a lift from a young and friendly man Abir Chatterjee (Dev) who drops her to the CST station. They meet again in the station, then in the terribly delayed Duronto Express in the evening as co-passengers. The journey turns a nightmare for Yasmin as her dark past comes back and she must answer Abir where Imtiaz, a member of Indian Mujahideen, is hiding after an act of treachery against his gang in Kolkata. Where her ordeal leads to through the course of the journey is what the film is about. Giving away anything beyond this will be a spoiler.


The premise of the serial bomb blasts of Mumbai leading to the capture of a senior Indian Mujahideen functionary is sound (the film is based on the 2011 Mumbai blasts and the arrest of co-founder of Indian Mujahideen (IM) and conspirator of several bomb blasts in India, Yasin Bhatkal). This is a clear departure from Aniket’s style of filmmaking and he has surprised with this one. He has written and made a thriller based on a serious subject like terrorism without losing focus on the flow and not bringing in unnecessary sub plots or a love angle or songs (There is just one sufi song). The storytelling and cinematic idiom are simple and aimed at a larger audience than urban films, so there are few compromises and over-simplification, but the end product looks good and enjoyable. The suspense and drama have been built skilfully into the plot aided by the twists and turns (A good example is showing the two versions of the ‘Imtiaz’ story). The action sequences look real for a change in Bangla cinema. The film is about a train journey and most of it is inside one train compartment, but the pacing has been done well with flashback shots and few shots from the present. Aniket has used shots of the moving train from various angles at different points of its journey (like passing by stations, passing through a bridge, entering and exiting a tunnel) which, in entirety, has not only made the audience feel the journey but has also provided visual relief.

All in all, it didn’t feel like a Bengali film. Aniket’s extensive research for his story is evident and credit goes to him for presenting to us such a different story, though I wish he showed the preparation of the IM gang for the planned blasts in Kolkata in greater detail.

Most of characters are etched out well. But STF officer Damayanti’s (Priyanka Sarkar) characterisation lacks meat, and Yasmin’s father (Pradip Mukherjee), should have not been used merely as a storytelling device. Same goes for Ashraf, the terrorist (Krishnendu Dewanji).
Rukmini is a revelation in this movie. Not only she looks her part of a strong-minded woman with a wounded past, she brings out the nuances of the expressions competently, given that she was a non-actor two films back. Her laughter at the end was shot and edited tactfully and therefore lost some impact but I understand that it was tough for her to do it in one shot. She should be noticed much more after Kabir. Dev has cast himself as the protagonist and though his performance is much better than what we see in his mainstream flicks and he has his moments, it needed more work to get under the skin, which includes English and Hindi diction and physical acting (though the director has cleverly justified his Bengali diction). I would alos have liked the character colder and more piercing. The other actors have been well-cast and Arno Mukhopadhyay is impressive on debut as Imtiaz. Krishnendu Dewanji, a talented actor from the stage, didn't have many lines but impresses in silent moments. But I felt Ruksana's father (Pradip Mukherjee) deserved a better-written character. A talented actor like Priyanka Sarkar was miscast. She didn’t look her part of a tough STF officer. A non-Bengali actor, preferably a new face, would be better.

But it needs mention that a good job has been done in casting in the bit roles, eg. the railway catering staff, the policemen on the road and the security force members which have helped build the narrative fabric. Everybody in these roles looks his/ her part.

The movie stands out for the swell job in cinematography by Harendra Singh. The largely hand-held camerawork in real locations and natural light gives a raw, documentary-like texture to the film which makes the narrative realistic yet not losing out on the dramatic appeal. Rabiranjan Maitra’s editing is a decent job and the movie doesn’t drag it its one hour and fifty minutes of runtime. The background score is typical of thrillers but at places it is a bit too loud. The Moula song is pleasant and sensibly placed.

There are a few flawed shots, like Priyanka's lip-matching and accent in the meeting didn't seem right and I didn’t understand how Imtiaz got shot from his back while hidden behind a statue during the encounter without the force changing positions. But these can be overlooked as Kabir nails it as a suspense thriller with a fresh and gritty subject.

The images have been sourced from the trailer and the song clips of the film on YouTube.

Posted by Anirban Halder at 5:33 PM No comments:

Balconies and terraces of Kolkata - 2

Kolkata is home to some fascinating old architecture in balconies and terraces. I find many of them head-turners!

It has been a constant wish to present some of this heritage beauty on this blog, which started with this post- Balconies and terraces of Kolkata - 1. But the wish didn't get justice thereafter. And the second edition comes now, thanks to Arpita Chanda.

I met Arpita in a Facebook food group and knowing my Kolkataholism, she added me to another Facebook group on old Kolkata which has proven to be a relish! Our discussion on Kolkata has been going on since then. When this fellow Kolkataholic is not at home looking after family (including her very young son), or not practising French, she may well be spotted in the lanes and alleys of Kolkata with her camera to shoot anything she fancies, which can even be old doors and windows. To my pleasure, the range includes old balconies. So, here comes the second edition of 'Balconies and terraces of Kolkata' from her collection .

All the beauties are from north Kolkata. The first three have an aristocratic touch while the fourth to sixth are rather common. The last one is an inside balcony overlooking the 'uthon' (courtyard).


If you liked reading the post, you may visit this blog's Facebook page (click on the link) and hit the 'Like' button to stay connected with the future updates on this blog and more on the page.
Posted by Anirban Halder at 3:51 PM No comments: 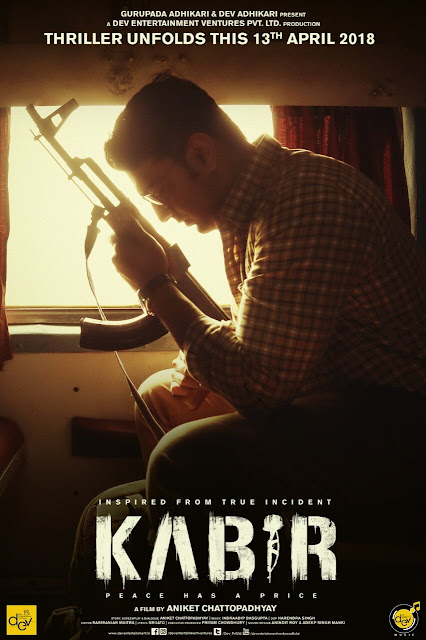 If you liked reading the post, you may visit this blog's Facebook page (click on the link) and hit the 'Like' button to stay connected with the future updates on this blog and more on the page.
Posted by Anirban Halder at 12:42 PM No comments: