The fate of the two

So the swearing-in of the new state government happened before a robust audience. Now recalling the speculation made in my earlier post Run-up to the elections 1 : Two distinct candidates, it has become half true. Yes, Amit Mitra is the new Finance Minister, but Bratya has been allocated the Higher Education portfolio, which he should be able to do justice to given his teaching experience in college. He wasn't given the Information & Culture portfolio (as also speculated in a prominent Bangla daily) because of Mamata Banerjee's principle that people shouldn't be given the ministries in line with their field of work by default. More thought should go into the portfolio allocation. I agree.

Am also particularly happy about the cabinet berth allocation to Manish Gupta (the giant killer who defeated the last Chief Minister Buddhadeb Bhattacharya by a good margin) who wasn't really interested to become a minister. The Planning & Development department looks like in the safe hands of an Ex-Chief Secretary.
Posted by Anirban Halder at 10:44 AM No comments:

The city was at its hot 'n' humid best for the first two days this week. Those like us who need to work on the field daily or occasionally suffered the most. It dehydrated the body to the core. The late afternoon yesterday was better but.

Today was definitely a big relief. It started as a cool, dry, cloudy day. There was heavy pouring in the afternoon. Hence it felt good being on the field throughout the day.

Hope such weather balances out the summer torture this season, which is proving to be less ruthless than its predecessors.
Posted by Anirban Halder at 8:51 PM No comments: 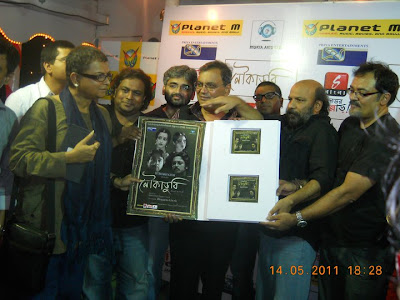 The unique music launch of the Rituparno Ghosh-directed and Subhash Ghai's Mukta Searchlight Films-produced Noukadubi (Based on the Tagore novella of the same name) took place on a barge on Hooghly last evening. The film has been scored by Debajyoti Mishra (Second from right in the picture). It's set to release on 20th May.
Posted by Anirban Halder at 9:45 PM No comments:

A complimentary Sunday magazine distributed with the daily paper is something many look forward to, Sunday being the only day with the luxury of leisurely reading that covers a variety of subjects that a daily paper doesn’t deal with on weekdays.

In the past the Sunday magazine used to be associated only with only the English newspapers, like The Telegraph and Hindustan Times. Graphiti from Telegraph and Brunch from HT are two quality offerings that I am sure command a great readership. To many these magazines must be the main attraction of reading the Sunday papers. In the recent years one of the prominent Bangla dailies has joined the league with its unique Sunday offering – Robbar ( which means Sunday). It is from the house of Sangbad Pratidin. The paper, though paints a certain political image through the broadsheet, has been doing a competent job when it comes to the supplements (apart from Robbar it publishes Popcorn – the Friday entertainment supplement and Ami – the Saturday women’s supplement).

With Rituparno Ghosh at the helm and Anindya Chattopadhyay (of Chandrabindoo fame, who’s a competent writer too) as the associate editor, Robbar has successfully carved out a niche of being a literary magazine, offering a quality, wholesome weekend read without which my (and many other loyal readers’) Sundays are incomplete.

I was introduced to Robbar by Anindya Chattopadhyay. Went to the supplements section of the paper (at the top floor of Sangbad Pratidin office-cum-press next to Hindu Mutual House at Chandni Chowk) for some work with him in 2008. He gifted me some old issues of the magazine, and I was gradually hooked. Over more than the last two years, Robbar has refreshed its content at a healthy interval. Many columnists have left and new ones joined. But my engagement with it has grown only stronger. I am in love with its quintessential Bengali essence which, besides providing food for thought to the top end of the educated class, deals at ease with middle class Bengali sensibilities, likes and preferences, and the underlying wit in its nature.

It comprises, apart from a well-penned editorial by Rituparno, a cover story on some well-chosen aspect of Bengal and Bengali life, regular columns by noted writers Nabaneeta Dev Sen, Ranjan Bandopadhyay (about books by authors across the world), Samaresh Majumdar, Joy Goswami (discussing poetry), Chandril Bhattacharya (of Chandrabindoo fame, and an established name in sarcastic writing) and Sudhir Chakraborty. Two of the recent additions are a mythology column by the expert – Nrisingha Prasad Bhanduri and another by Sanjib Chattopadhyay. These are peppered by two serial novels - Ashtam Garbho by Bani Basu, and Kshama Karo He Prabhu - a religious thriller (a new genre) by Rupak Saha, and a food column that talks about food, food joints and the story behind them by Amitabha Malakar. Rupak’s engaging and highly informative novel is my first read in Robbar. The cover story is one of its core strengths, providing the take of a set of handpicked people from various walks of life on the subject.

You can also read it online here.
Posted by Anirban Halder at 8:57 PM 2 comments: 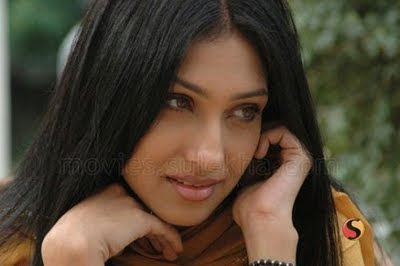 Congratulations to Rituparna Sengupta on being the proud mother of a "cute little girl" (in her own words) on 12 May 2011. She's in Singapore now, at her husband's place. Both the mother and the baby are doing well, as per Sanjay, the proud father.

Wish Rituparna and the little angel good health.
Posted by Anirban Halder at 10:51 AM No comments:

Email ThisBlogThis!Share to TwitterShare to FacebookShare to Pinterest
Labels: Celebrity 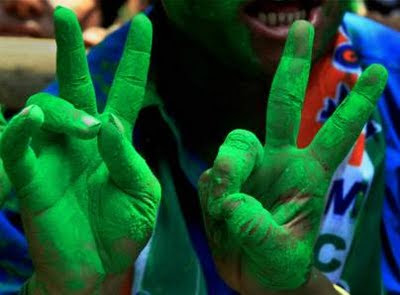 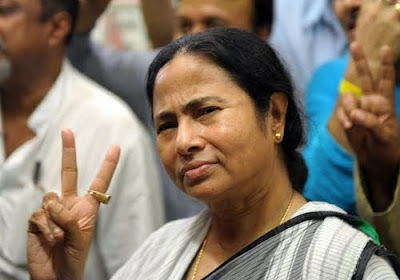 It was sooooo disappointing not to be able to blog yesterday - The Historic Day in Bengal. Blogger was kept out of access by the site administrators.

Anyways, so finally Bengal is green now, putting an end to the longest-lasting communist rule in a democratic set up in the whole world, all of about 34 years, through the storming triumph of the Trinamool Congress & Indian National Congress coalition that won 227 sets out of 294, throwing out the ruling Left Front that managed only 62 seats. Being someone brought up in the communist-led Bengal it's hard to sink in.

Let's look forward to a new regime with renewed hopes. All the best to Mamata Banerjee & Co. Hope the life in Bengal gets only better now, albeit gradually.
Posted by Anirban Halder at 10:38 AM 2 comments: 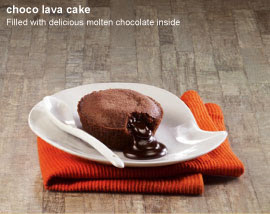 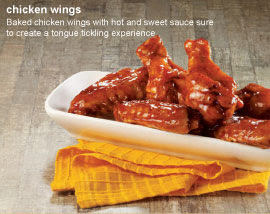 I used to rate Domino's after Pizza Hut as far as regular pizza is concerned at least, but liked their thin crust pizzas.
Posted by Anirban Halder at 10:41 AM 5 comments:

This is the most relieving onset of summer in a long, long time. A complete contrast with the cruel same time last year.

It's hard to believe that it's feeling cool at the night and the dawn. One can even feel like switching off the fan. And we've already had about 4 nor'westers by now. It's raining once almost every week. Let's see what's awaiting us.
Posted by Anirban Halder at 9:24 PM No comments: