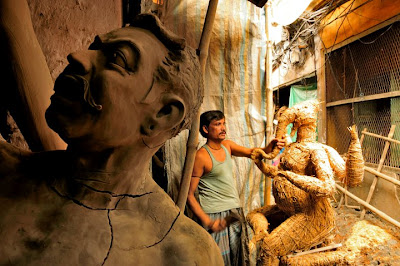 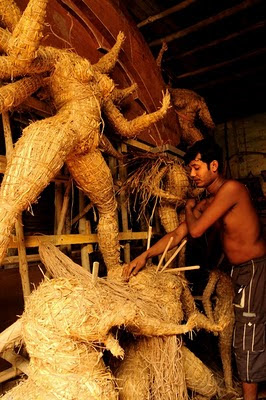 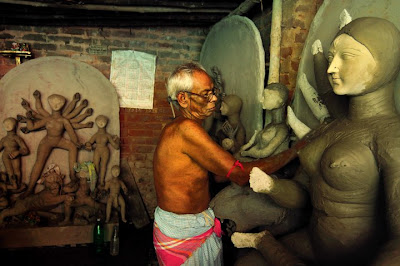 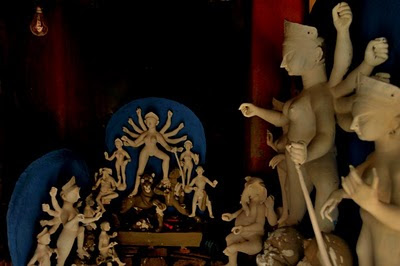 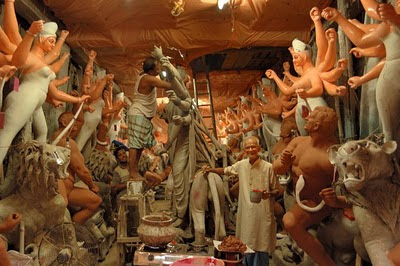 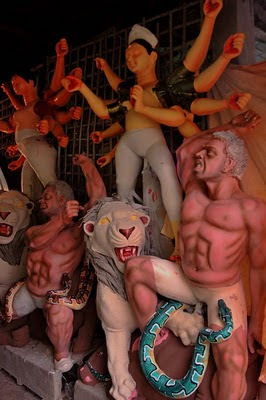 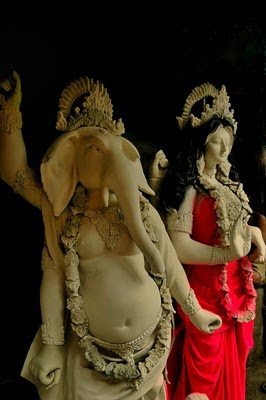 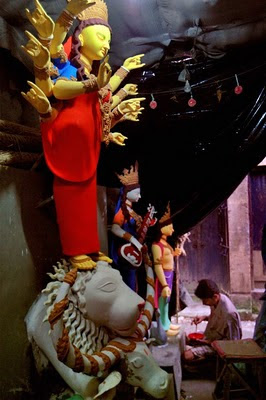 Another look at the preparation for this year's Puja: a detailed capture of the idol-making that's reaching a crescendo. By Shilbhadra Datta, posted on Calcutta Adda n Food, the Facebook group.
Posted by Anirban Halder at 10:15 AM No comments: 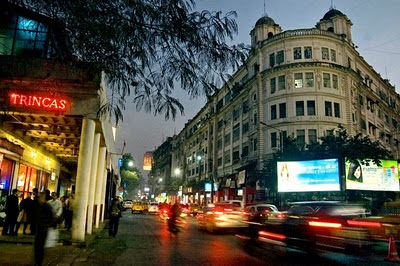 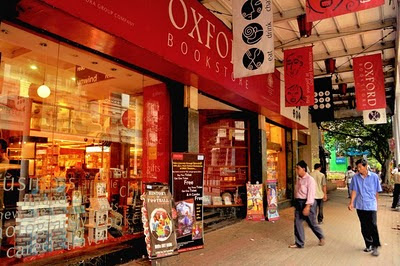 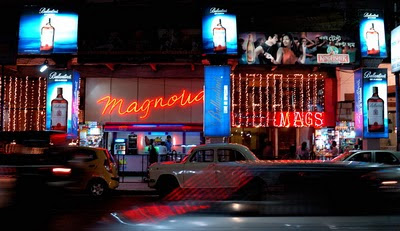 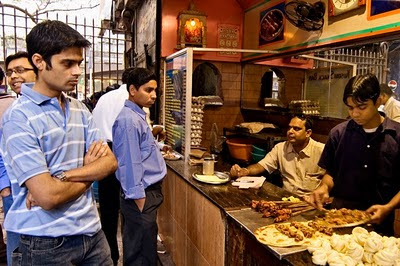 Some lively images of Park Street, shot by Shilbhadra Datta, a photographer by profession, in the Facebook group Calcutta Adda n Food.
Posted by Anirban Halder at 6:21 PM No comments: 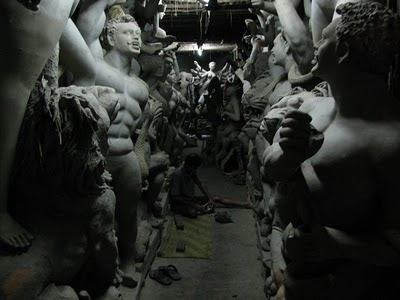 Idols being made for Puja 2010. Shot by Shreyas Surya Dasgupta, a friend.
Posted by Anirban Halder at 10:09 AM No comments:

Just came to know this, thanks to friends' updates on Facebook. Thought of putting it up here as a token of pride. Bangla cinema has picked up 6 National Awards! The list goes:

Cheerio, Tollygunge. And what a show by Team Abohoman! Take a bow. Hope Reliance Big Pictures is happy for their second Bangla outing (No matter the box office results), and the association continues.
Posted by Anirban Halder at 7:03 PM No comments:

Twitter is increasingly becoming a regular interaction platform for the who's who of Kolkata. Just spotted a well-known distributor-exhibitor-actor's tweet to the best known film & TV production and distribution house of the city (Twitter ID in co.'s name, though the partners have their own IDs and tweet regularly) suggesting to shift a well-awaited film by an acclaimed Bengali filmmaker starring a superstar to shift the release date from December '10 to avoid a clash with the Feluda release and a love story (Bengali). Such interactions happen generally on mobile, if not in person.

One also gets to know knows who attended which party, saw which play or movie with who (at home or theatre), who ditched who on a promise etc. Not to mention lots of pleasantries regularly exchanged among the entertainment fraternity of Kolkata in tweets. So you can experience the vibes. A curious development indeed.
Posted by Anirban Halder at 10:02 AM No comments:

It was interesting to see Prosenjit joining Twitter around the middle of August. The microblogging site is really catching up in Tollygunge. Though not very frequent in the beginning, he is tweeting big time in the last few days. It is indeed interesting to have a peek at the world of the superstar of Bangla cinema. His English needs a little help though. With 122 followers at the time of this post, the list includes big names like Koel Mallick, Shrikant Mohta, Mahendra Soni, script-writer NK Salil and Aniruddha Roy Chowdhury.
Posted by Anirban Halder at 11:15 AM No comments:

The third 'Bandh' (strike) called by CITU (who it seems has little else to do these days other than planning their next strike) in two months. Ventured out after checking on television that trains and metro were running smoothly. Gave the train entering Barrackpore station platform no. 2 a miss even after getting close to it as I had to buy the newspaper. The train was amazingly empty. A Barrackpore local was waiting to start, past its time, at the next platform (No. 1A). Couldn't spot a single newspaper vendor on the platform no. 2, so walked up and down the bridge to the next platform. There wasn't any vendor there too. I had a feel that I still have 2 minutes to me before the train starts. So I walked up and down the bridge twice again for buying the paper from platform no. 1 and catching the train which had just started. It was empty with only a handful of people sitting here and there. Till Dum Dum station not even one person boarded the train from each of the empty stations (6 of them). Got down at Dum Dum and went straight to the metro ticket counter as there wasn't a queue. Then casually walked into the metro after waiting for it (A contrast to a normal day when the seats in the entire metro are filled in a split second after the doors open). Got down at Chandni Chowk and walked down to the office. A dream journey to work.

A colleague who had a similar experience of coming to work wished a 'Bandh' was called everyday. Ha.
Posted by Anirban Halder at 11:39 AM No comments: 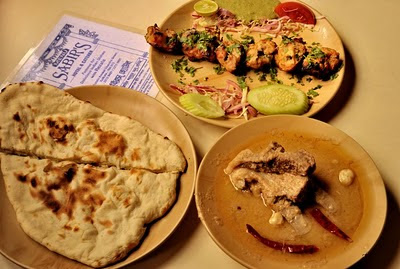