This football-obsessed city dreamt of this moment a little more than two months back when country’s first private international football league kickstarted in this city itself among massive fanfare. What made it special was that it was co-dreamt by its loved warrior prince. Atletico de Kolkata started with a stunning opener of Indian Super League and kept the tempo burning...before it hit a plateau from the middle of the season till the end (the precise reason why I haven’t blogged about it so far). It lost its league topper position and the ‘undefeated’ distinction down the way. And then it crawled to the semis. The home match was a disappointment, adding to its increasing list of draw games. When the away match took it to the coveted finals, the dreaming eyes were wide open again.

It was an exciting match with some attacking football. So much so that some moments found the box unguarded at either end. But the ninety minutes didn’t see a single goal again. ATK didn’t have its full strength. Its out-of-form striker Fikru had been dropped from the squad earlier and the skipper and marquee player Louis Garcia had to watch from the sidelines due to a hamstring injury. As injury time started rolling, we got ready for a tie-breaker decider which would fall short of a desired triumph if in our favour. And then..............the moment came from an underdog. The match was over soon. The dream came true. We are the champions of the first ever Indian Super League!

Mohd Rafique, take a bow for that stunner of a header off the measured corner kick that gave us the first ISL and made history. You gave ‘opportunistic’ a new meaning in your replacement stint of those few minutes (Due credit to the coach for this).  Despite your short height, you emerged the tallest among all in the evening. And the icing of the cake, again, is the fact that you are from this city.

A shoutout to our ‘wall’ Bete on the goal line too. Had it not been for that incredible save off Kerala’s aggressive striker Michael Chopra, the match would have ended differently.


And yes, my heart goes to Kerala Blasters. Not because it gave us some wonderful buddy moments with Saurav and Sachin who watched the match from the stands cheering for their respective owned teams, but for the superb football it gave us in the final. If we are the champs, they’re not far off.

I sincerely hope ISL lives the football dream of this nation in every possible way. The eyes will be on spotting and nurturing talent from all corners in for the long term. The euphoria that it has generated is enough to drive that.

Posted by Anirban Halder at 1:32 AM No comments:

Stylish, classy. Innovative layout and interesting colour play with a dash of red on the Aviator in dark blue monochrome. Will stand out among all releases- Bengali, Hindi and Hollywood. Loved the first poster of Ebar Shabor- Arindam Sil's detective action thriller catching a new year release. 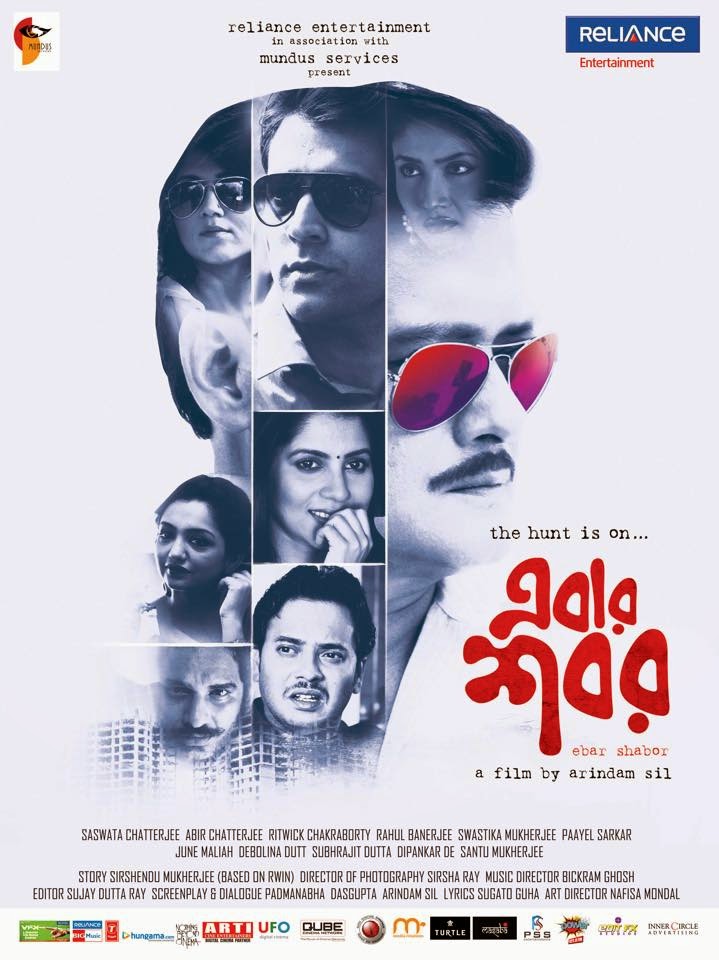 Designed by city-based creative agency Inner Circle Advertising who have always maintained fine standards in their film publicity work (Some of their past work includes Chalo Let's Go, Madly Bangalee and Antaheen).

For the uninitiated, Shabor Dasgupta (played by Saswata)- a police detective working in detective department of Lalbazar (Kolkata Police HQ)- is a creation of eminent author Shirshendu Mukhopadhyay who wrote a series of novels based on him. Pure adult fiction, it's USP is the exploration of the dark alleys and twists and turns of human mind through an ensemble of characters. Arindam wishes to film a series, and starts with Rwin. After the legendary Feluda and Byomkesh, Shabor is being eagerly awaited by cine lovers. Obviously the actor playing him has added to the excitement.
Posted by Anirban Halder at 8:43 PM No comments:

Open Tee Bioscope (Wrote about it in this recent post) seems to have its heart in the right place as it tries to touch upon the soul of north Kolkata of the adolescents, all thanks to the director who's an authority on it, being a true blue north Kolkatan. Loved this picture on the movie's Facebook page which also took me to my childhood in a town called Barrackpore in north suburbs of Kolkata, when we would criss cross our para (locality) on cycle in a group. Looking forward to learn more about this January '15 release. 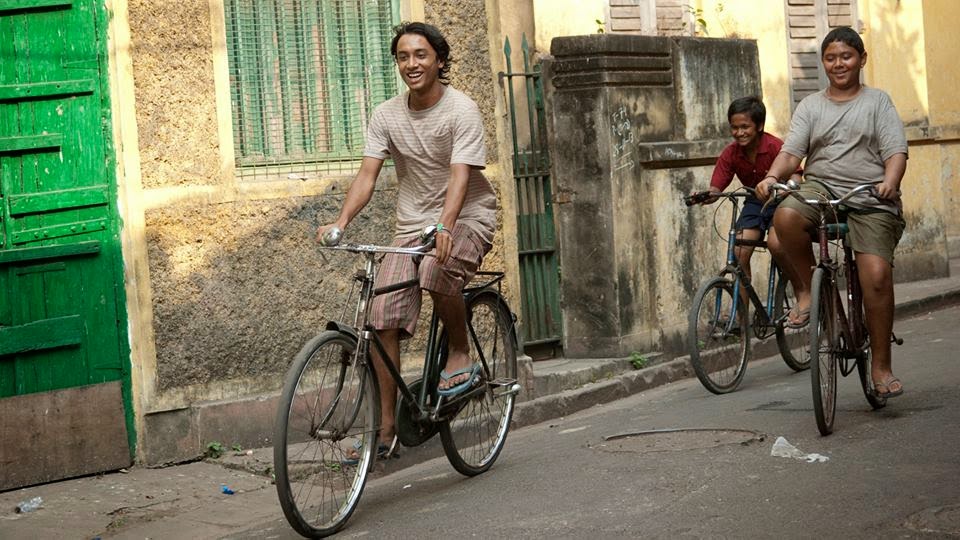 Posted by Anirban Halder at 8:52 PM No comments: