The speakers presented their takes on how Bengali as a language is relevant and how it is evolving in today’s times.

Tridib had an interesting view. How can the children and youngsters who haven’t lived in or don’t have/ haven’t had Bengali as one of the languages in the school read Bengali literature if they wish to?  The question is because they can’t read Bengali. Can’t publishers think of experimenting in Bengali in English font? The language has to move and be relevant across generations and this idea addresses that. There are some Indian languages that he named which don’t get published in their own alphabet but it hasn’t affected speaking in those languages. If such experiments are not done the young generation studying in English medium will not read in Bengali. 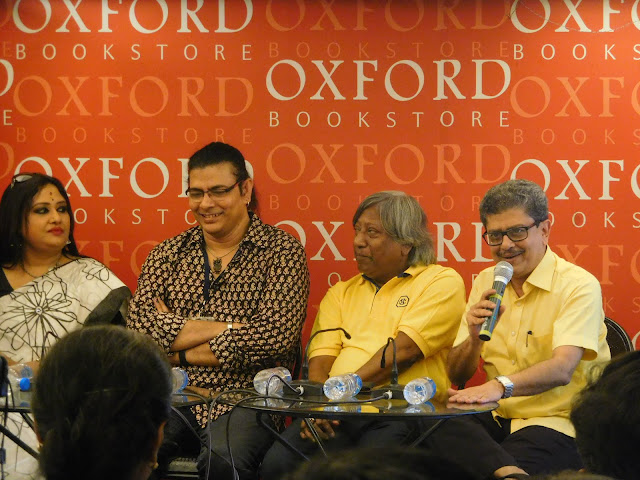 He has published the work of eminent Bengali writers like Bankim Chandra Chattopadhyay and Radhanath Gupta in today’s language. He even came up with comic strips based on such work. There was a lot of criticism from purists. But the work found a new language and reached a new audience at the end of the day.

The use of Bengali by today’s generation was discussed, including the new-found use of words like byapok, chaap and ayakghhawr. The panel supported the use and I completely second the view because a. The words are apt expressions and b. It prevents the use of English or Hindi words for the same expressions. 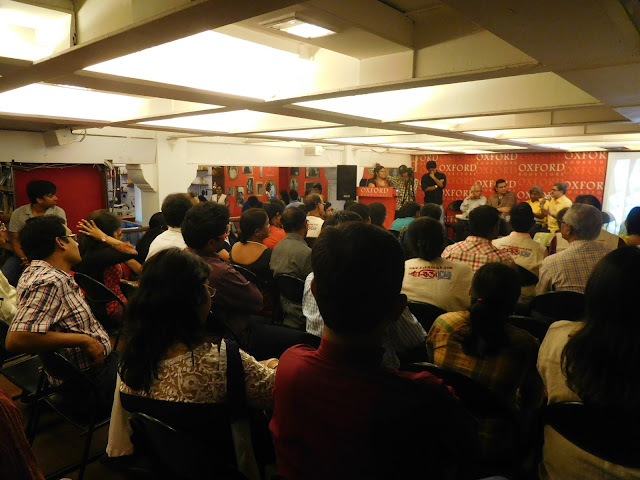 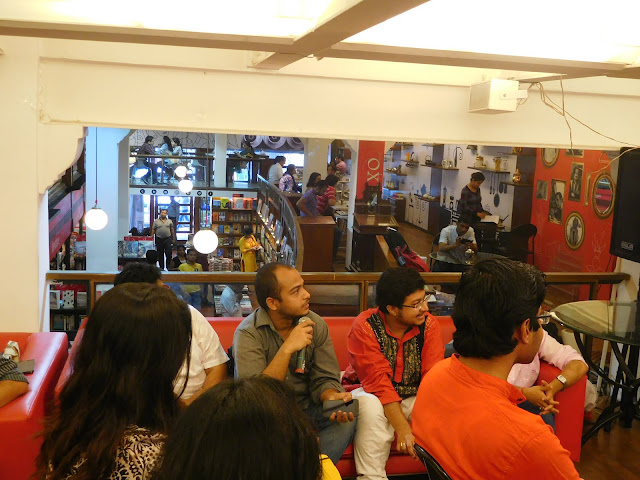 Ranjan Bandopadhyay was the most distinguished among the speakers not only for his stature but also for the fact that he has studied in Bengali medium but he has been teaching English literature for a long time and has profound command in Sanskrit as well. His teaching style includes quoting lines from Bengali literature so that his Bengali students can relate better. 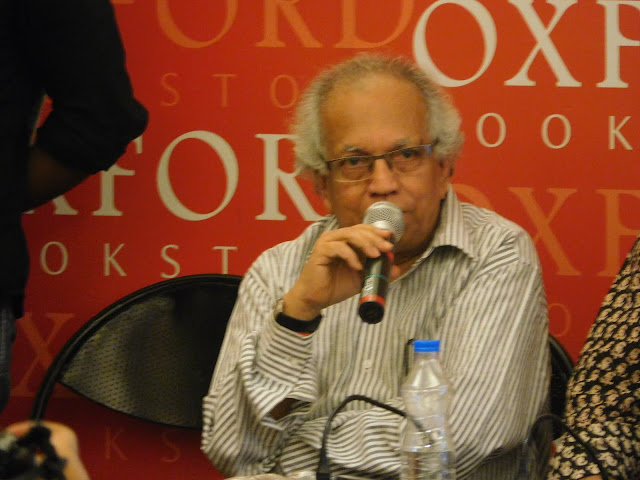 Members of Kabita Club recited their own poems. The head of Kabita Club (In the first picture below) enthusiastically shared that thanks to social media many poems by young aspiring poets are being seen on Facebook and getting their due appreciation. The Facebook page of Kabita Club is extremely popular, as she stated. 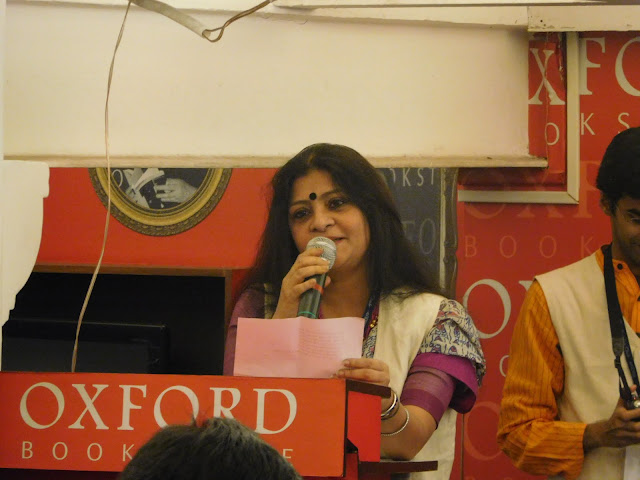 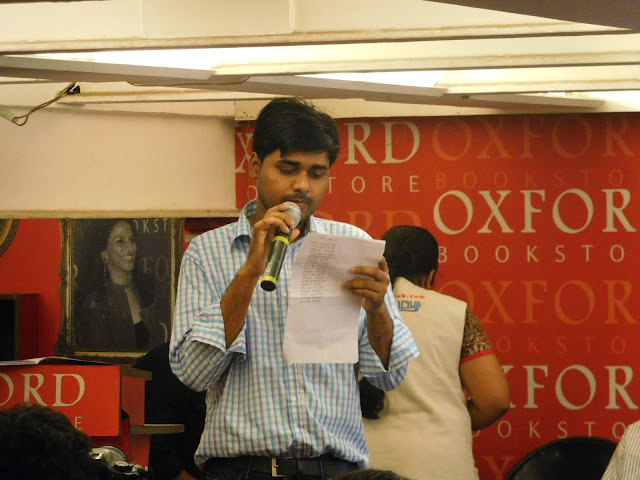