One interesting aspect about darts is that you start with a points kitty, and play to gradually bring it to zero.

It has become popular in too, though far from what it is in Europe and . All India Darts Association was formed in 2000 and it has traveled a long distance in popularizing this inexpensive sport which demands hand and eye coordination. It has distributed free dart boards to many schools, clubs and even individuals who it thought had demonstrated a tremendous potential to grow. It has done a plethora of events, including competitions at all levels like clubs, schools, corporates, states, zonal up to national level, to popularize the game and has remodeled it from a game of elite to a game for the ordinary mass. It has sent Indian teams to various international competitions like Asia Pacific Cup, Singapore Open, Malaysian Open, Philippines Open, Winmau World Masters and World Cup Darts where around seventy one affiliated countries of World Darts Federation participate. At present, All India Darts Association has fifteen affiliated state associations.

Darting in India is set to be more exciting and glamorous now as National Darts Academy in association with All India Darts Association announced the launch of the inaugural edition of Darts Premier League, India’s first franchise-based darts tournament to be held in Kolkata.

Darts Premier League will be played amongst nine teams in a round robin format from 5th June 2016. Each team will have nine players out of which one will be the marquee player. The players of each team were selected through an auction held on 12th May at CC & FC. The price cap of each franchise was Rs 1,00,000 for the inaugural year. 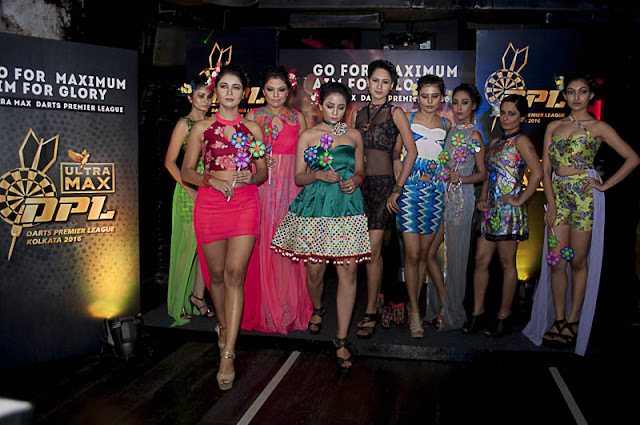 To make for the glamour bit, every team has a celebrity brand ambassador. Here’s a look at the teams:

Prasanta Saha, Chairman, Darts Premier League & Secretary General, All India Darts Association said, “We have taken this initiative to popularize the game in our country & bring out the best players for representing in the future. All the best players from the country will participate in the tournament. We have started the premier league in Kolkata which will be followed by similar tournaments in other metro cities”.

Now, a peek at Sharp Shooters. Sharp Shooters Sporting Club is a professionally managed sports club engaged in development and promotion of darts and other sporting activities. It aims at aims at changing the sporting ecosystem of its surroundings and promoting sports personalities and sportsmanship to a greater height. The team owner Firdausul Hasan who also happens to be the secretary of St Xavier's College Calcutta Alumni Association is the president of the club.

Sharp Shooters was the champion in the Calcutta International Club Premier Dart League held last year. The club has handpicked some of the best players in the game for fighting it out in Darts Premier League. Here they are-

Hasnu Mukherjee – Has represented Calcutta International Club at inter-club tournaments and was the 3rd Best Female Performer at CIC Premier Dart League in 2016.

Looking forward to some sharp-shooting in DPL as the countdown is on.