Observed these two communities on Facebook recently created by Times of India (TOI) and ABP (The largest media group in eastern ) and felt like doing a quick post.

It’s the age of social media and print media houses have realized that they will lose connect with new readers if they are not what is now called ‘social’, i.e. active and effective on social networking sites (Facebook, Twitter, Instagram etc).

TOI being one of the smartest in the business, had started being social long back. ABP being the quintessential Bengali-run business, has realized it much later. They have set up a division called ABP Digital to spearhead their digital initiatives.

TOI has recently started a Facebook community called ‘Kolkotha’ and has been widely promoting it on Times of India, Ei Samay (its Bengali daily) and other publications may be. The community is dedicated to unleashing the talkative Bengali Kolkatan share his/ her endless thoughts on selected subjects. However, it doesn’t proclaim to be meant for only the Bengali. Anyone game for talking is welcome.

ABP had probably made a quick note of it and it soon followed in opening a similar themed Facebook community called ‘ABP Tumi Na Thakle’. However, having said that ABP is a laggard in anything digital, Tumi Na Thakle has turned out to be more engaging than TOI Kolkotha.

How? Simple- TNK is bringing up more things for discussion and setting the patrons thinking and responding (by patron I mean someone who ‘like’s a community on Facebook). And that’s precisely meeting its objective. Whereas Kokotha has been running its 15-word story contest for quite some time and doing nothing else (Remember, in the super fast world of digital, even two weeks can be ‘quite some time’) .

ABP is connecting to basic elements of Bengali persona- Sense of humour, sentiment, passion- through its posts on the community wall with nicely done creatives. Its creatives have a bright yellow & black colour palette, whereas Kolkotha has a palette full of dull shades aiming to give its creatives a vintage touch. To me, the TNK creatives are more appealing.

Here are some of the creatives from ABP Tumi Na Thakle and TOI Kolkotha. 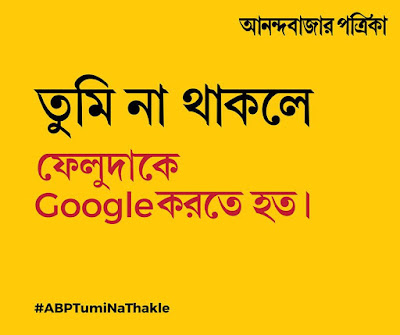 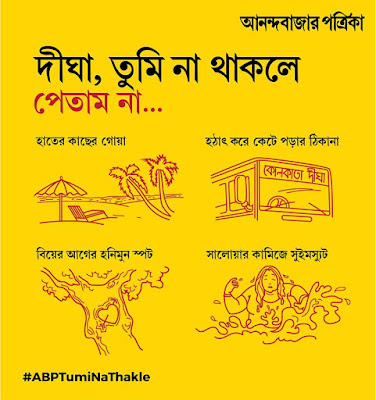 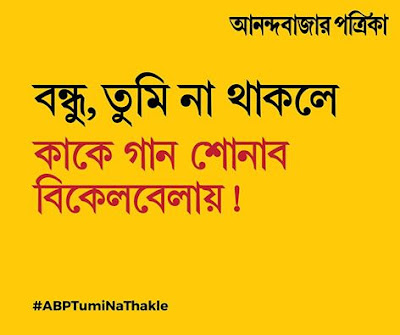 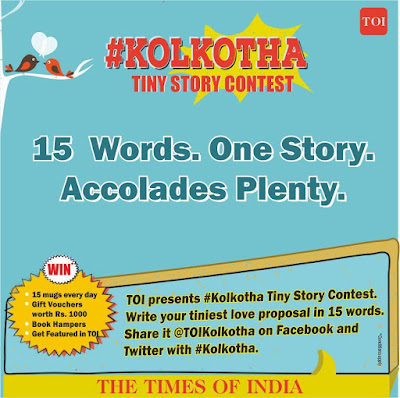 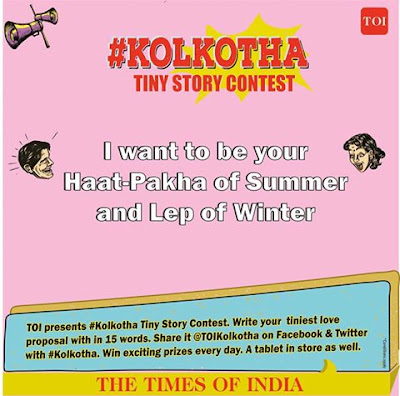