Drop your clothes and make an impact

It’s an urge from the well-known menswear brand Turtle: Drop your clothes and be noble!

No, not a campaign for creating sensation, quite a different one rather. The brand urges you to drop your spare clothes at its stores in Kolkata this season so that people who are far less privileged get to be better clothed this winter, through its campaign ‘I dropped my clothes’. There is a canter as well, which will be moving in various parts of Kolkata to collect clothes. 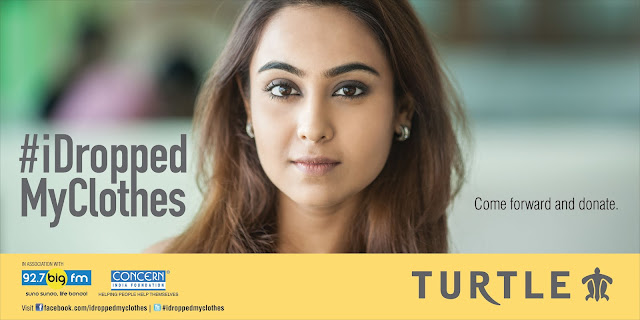 This is the second season of the campaign, after a successful first run in November-December last year.

The clothes will be donated to the NGO Concern India Foundation who will distribute the same to the needy people. Set up in 1991, they have been extending financial and non-financial support to grassroots NGOs working in the areas of education, health and community development. Currently, CIF supports over 270 grassroots NGOs across India reaching out to 1,90,000 marginalized people directly through offices in Mumbai, Bangalore, Chennai, Delhi, Hyderabad, Kolkata and Pune. 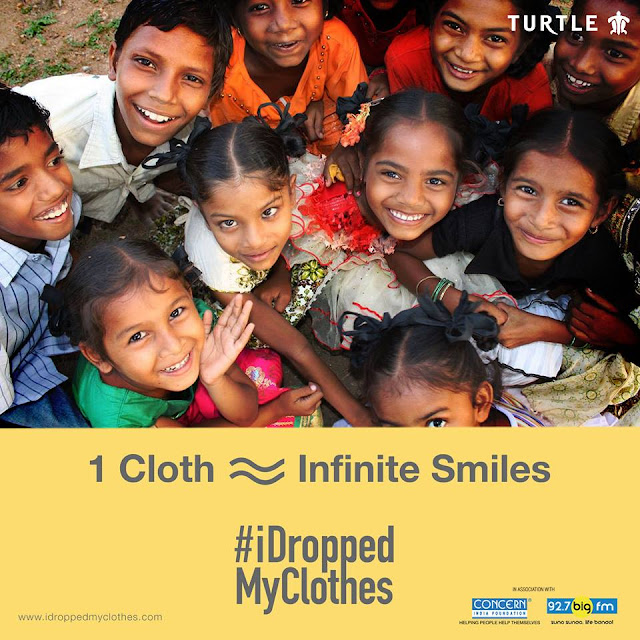 Apart from clothes, you can also donate money to the NGO in a cheque drawn in favour of it for this initiative and drop it in a Turtle store in Kolkata or at the canter.

The campaign was kicked off on 3rd December by Abir Chatterjee and Arindam Sil, the protagonist and director respectively, of the upcoming detective flick Har Har Byomkesh at the Turtle store at the recently opened Acropolis mall. It will go on till 20th December. To spread the good word, donors are encouraged to post their donation with a picture or video on the social media with (hashtag) #iDroppedMyClothes.

According to Turtle, the campaign aims to help those in the city who do not have access to basic clothing in the winter, thereby tackling a wide problem from the grassroots level so that they are able to survive the unpleasantness of winter by being adequately clothed.

Turtle is also actively involved in the conservation of endangered species of turtles across India for many years and recently entered into a partnership with TSA (Turtle Survival Alliance, an international organization working towards conservation of endangered species of turtles in multiple countries across the globe) to support the conservation of freshwater turtles around the world to help shape a better and more sustainable community under its CSR philosophy. Turtle’s recent #Savelittleshelly campaign has been a successful endeavor to promote Turtle’s conservation during World Turtle Day.

So it’s time to drop (before the mercury drops further), get clicked and share. Happy dropping!

If you liked reading the post, you may visit this blog's Facebook page (click on the link) and hit the 'Like' button to stay connected with the future updates on this blog and more on the page.
Posted by Anirban Halder at 12:03 PM