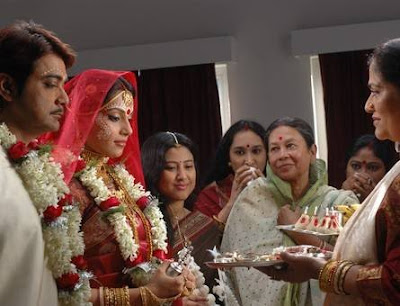 Rituparno's long-in-the-cans controversy-marred Shob Choritro Kalponik produced by the biggest ever corporate in Bengali cinema- Reliance Big Pictures and released 28 August '09 has been received well by the audience in the first week. The distributor Piyali Films, the distribution arm of Priya Entertainments run by the well-known exhibitor-distributor Arijit Dutta has done an experimental release in a larger-than-average number of single-screen theatres besides the plexes and it looks like paid off.
Posted by Anirban Halder at 1:20 PM