Waste Band and the pied piper of Tangra

What is this bunch of youngsters on stage up to with these bizarre things? Thermocol block, empty paint tins and plastic paint drums, cut iron pipes placed in order, half-filled empty PET bottles and stuff! What kind of musical sound will come out of them? One can’t help but wonder when one sees them setting up.

The sound check follows and the thought is hit out of the park. It’s rock sound, man! Welcome to Waste Band.


I came across this band that doesn’t play musical instruments in an annual programme of a new NGO where they performed last, as the main attraction. It plays instruments made out of waste products (as mentioned above) and create musical sound out of them. What I experienced in their session in a cultural show was an absolutely unique innovation in music and a new sound. The band leader plays a guitar (if you call it that) made of a wooden plank and an empty tin! 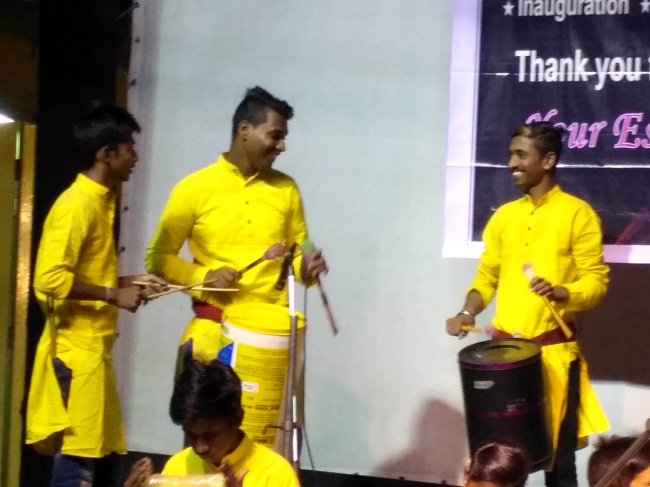 As for vocals, that’s interesting too. The youngest boy who also plays the iron pipes with a spanner sang some rhymes in rap. They also mix a conventional instrument or two when needed. Like this girl, Payel, played flute accompanied by a few of her bandmates on their respective instruments in one of the compositions. I only wished they got a full session to play as they had to cut it short due to lack of time left to close the function. 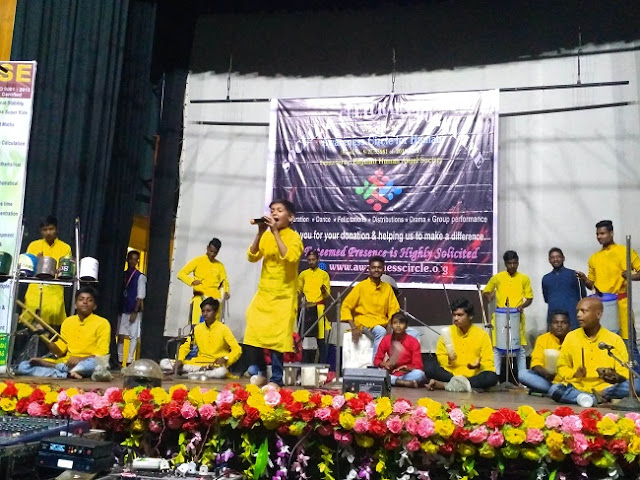 The story behind it, as shared by band leader Sanjay Mandal whose brainchild it is, is an amazing and inspiring social initiative. I am proud to know this has happened in Kolkata.

Tangra, by Sanjay’s own admission, is an area is Kolkata which is educationally, culturally and financially backward. Boys drop out of school early and do small jobs to support the family. Sanjay, who seems to be in his forties, is one among them. Despite the compulsion and hardship destiny posed, he wanted to do something different in life with the local youngsters of school-going age engaged in earning. So, he started an after-work recreation session of music with instruments built out of things thrown away (They couldn't afford proper instruments and training). Soon the boys got hooked to it and a band was formed. They got noticed by renowned band Bhoomi in one of their early shows in 2006 and performed in their television show Barandaay Roddur.

Their journey has taken them to the popular national television show ‘India’s Got Talent’ and NDTV where they performed live. Today, they do shows in various parts of India and abroad.

We wisecrack, “When life gives you lemons, make lemonade”. Sanjay and his gang live up to it, day in and day out.

The earning from the shows is saved for greater good. Sanjay’s aim is to build a school for the local children. A small piece of land has already been purchased. Sanjay is also getting some of the band members, which now has a few young girls too, trained in formal music.

Hope Sanjay Mandal, the pied piper of Tangra, goes from strength to strength with his band of boys and girls embracing music with passion.
If anybody is interested to call the band for a show, Sanjay can be reached at 9330832732.

If you liked reading the post, you may visit this blog's Facebook page (click on the link) and hit the 'Like' button to stay connected with the future updates on this blog and more on the page.
Posted by Anirban Halder at 7:31 PM