A freewheeling chat with Srijit Mukherji

He has studied Economics in Presidency College and Jawaharlal Nehru University. He has several years of directorial experience in Bangla cinema behind him. He takes an academic interest in tracking box office figures of his films as well as his peers' and deeply analysing audience response to his films. He has complete knowledge of the work of promising new directors and the response to their films. His contemporaries Shiboprosad Mukherjee and Raj Chakraborty have film production houses to their credit for quite some time. He has worked in Hindi cinema where most of the noted directors have their production house. I had often wondered why he was not starting his production house and taking his creative and economic acumen to the next level.

It was heartening to note a few months back that Srijit Mukherji finally started his production house, thoughtfully named Match Cut Productions, and announced its first production Chowringhee which is a co-production with SVF.

Srijit opens up on his newborn in this Kolkata Curry exclusive interview for the first time (considering all media).

Kolkata Curry: You don't need to look for producers for making your kind of films. It could be similar for web series. What was the thought behind setting up Match Cut Productions?

Srijit Mukherji: There are lots of stories which appeal to me or are close to my heart which already have a storyteller in place. So to be a part of these stories, to facilitate the storytelling process and to bring them to the world, Match Cut was formed. Also, since making films in Bengal taught me a lot of things even outside direction, like production, scheduling, budgeting and marketing, thought Match Cut could be a way to put them to use. The economist in me, I guess, was at play! 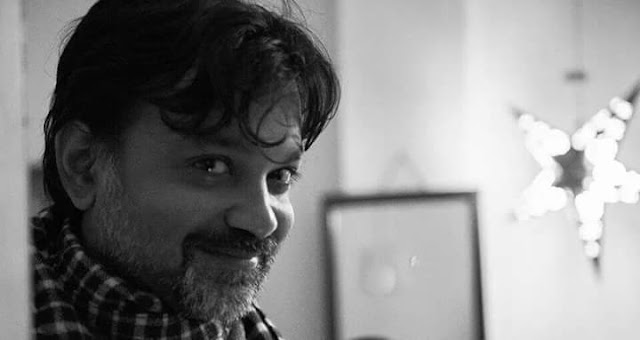 KC: What does Match Cut Productions aspire to bring to the table for the industry?

KC: What are your thoughts and plans of working with new directors under your banner? Or handholding independent directors whose films/ content you find promising? You are seen appreciating young talents like Manas Mukul Pal, Indrashis Acharya and Soukarya Ghosal. You presented Pradipta Bhattacharya's national award- winning Bakita Byaktigawto back in 2013. Do you plan to collaborate with some of these names under Match Cut?

Srijit: Absolutely! Much before Rainbow Jelly, I singlehandedly rallied behind the prodigiously talented Shoukarya's Pendulum which blew me away. Even when Manas' Shawhoj Pather Goppo was taken down after an initial run, I protested on social media and used whatever leverage I have, along with Shiboprasad, Shrikant Mohta and Pankaj Ladia to get it back to the halls. I am already collaborating with Paavel on a project, another fantastic talent whose Babar Naam Gandhiji I offered to present. Then there are brilliant new voices like Indrashish Acharya and Sayantan Ghoshal with whom talks are on about possible collaborations. Have been in dialogue with screenwriters like Padmanabha Dasgupta, Debapratim Dasgupta, Dipangshu Acharya and Saurav Palodhi. Match Cut will look at actively producing or promoting content written, directed or both, by these names above, because I firmly believe they hold the key to making the content heavy Bengal film industry even richer.KC: So far I'm aware, except the Kakababu series and Shibar Phire Asha, which you chose not to pursue after a point of time, you are not known to have expressed interest in adapting Bengali fiction for films. Why did you zero in on Chowringhee as your first co-production while it has had an acclaimed adaptation in Bengali cinema?Srijit: Before Kabir Suman's Tomake Chai came and changed everything about life from taking pride in one's mother tongue to grumbling, criticizing, condemning but unconditionally loving one's own city, Chowringhee was that novel which did all of that and more to me, at a tender age. In fact one of the earliest memories of a book cover for me is the iconic stamp laden one which hasn't changed over the years. Or the earliest memory of a book ending was the glow sign of Shahjahan. I have never made a film which hasn't come from inside, from an urge, from a deep love, from some piece of nostalgia. So there, the template or formula or pattern or device is absolutely non-existent for me. Chowringhee technically might be a literary adaptation, but for me, is an unforgettable story, an indelible experience which fashioned my mind in early years. Much like Julius Caesar which found its way to Kidderpore in Zulfiqar or like Aban Thakur's Rajkahini found its voice in Rajkahini/ Begum Jaan.

Posted by Anirban Halder at 8:00 AM