The First Week of Italian Cuisine at Italian Consulate

It was a pleasant surprise to read the short email from the secretariat - a pre-invite to block the date of 22nd November and the promise that a further invite would be sent for a food and wine-tasting event. The occasion was ‘The First Week of Italian Cuisine in the World’ which was being celebrated globally for the first time over 21st to 27th November. The host was none other than the consul-general in Kolkata and the venue was the consulate. It was a kind of invite that a blogger only aspires for.

The objective of ‘The First Week of Italian Cuisine in the World’ was to promote Intalian cuisine. The celebration was taking place in the countries where had consular presence. It was observed by the consul-general that Italian food was popular in Kolkata but the city didn’t have Italian chefs. Hence they were brought in for the event to serve the authentic Italian flavour.

The event was held in collaboration with the five participating hotels (all five-star) and an Italian chef from each was at the helm of operations. There were Mauro Ferrari from Hyatt Regency, Francesco Francavilla from Oberoi Grand, Vittorio Greco from ITC Sonar, Alessio Lorenzo from Taj Bengal and Michelangelo Sparapano from The Park.

As I walked into the consulate, I saw the consul-general standing near the entrance to greet the guests. The party was taking place in the lawn. The five hotels put up their stalls here. I met a few blogger friends and some of us decided to do a round of the stalls to zero in on the dish to start with. 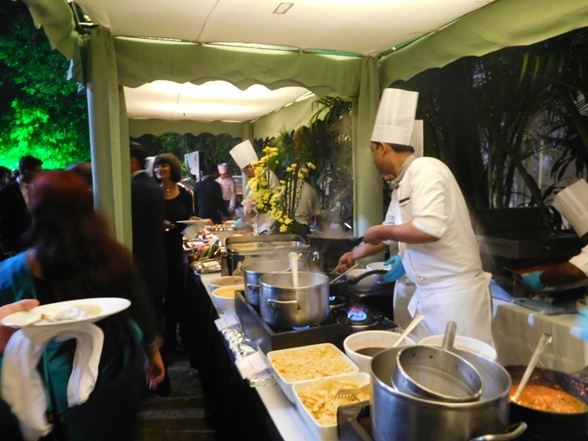 I stopped at Hyatt Regency first where chef Mauro Ferrari was searing his Marinated Open Chicken Alla Diavola on a hot plate. I decided to start with it after blogger friend Poorna Banerjee recommended it having tasted before. The chef served me himself. The tender, flat, roasted chicken breast pieces with caramelized sides energized the taste buds and prepared them for the gastronomic journey ahead. The chef poured two-three teaspoons of the salsa alla senape sauce (a mustard sauce) on the chicken and the bites smeared with it tasted even better. It was worth a repeat.


Went to the ITC Sonar stall and saw chef Vittorio Greco in a black apron cooking a fish dish in a pan. The thick fillet in a light-coloured, thin sauce looked inviting as I am game for a lightly cooked fish preparation. It was named Beckti Capers Celery and Taggiasche Olives and seemed to be a stew with vegetables (The texture resembling the ‘Machher jhol’ prepared with seasonal vegetables in Bengali households). I took one piece on my plate and the fishy Bengali in me loved the subtle flavour of this minimally cooked creation.  I took a repeat of the dish later. 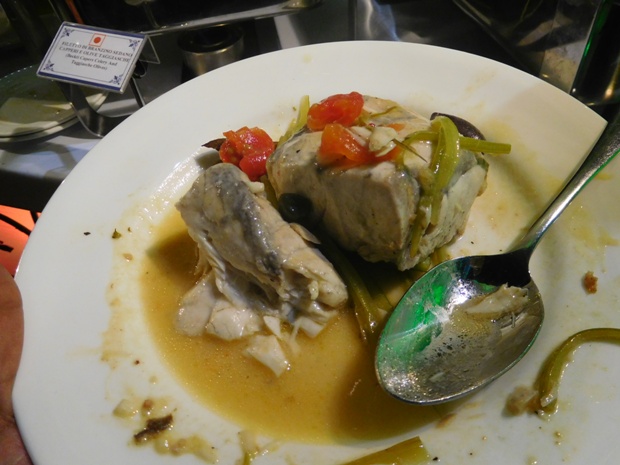 Tried the cold cuts from the same stall. It was for the first time I tried uncooked, seasoned meat and it tasted good but salty. It should have been taken with bread served alongside. 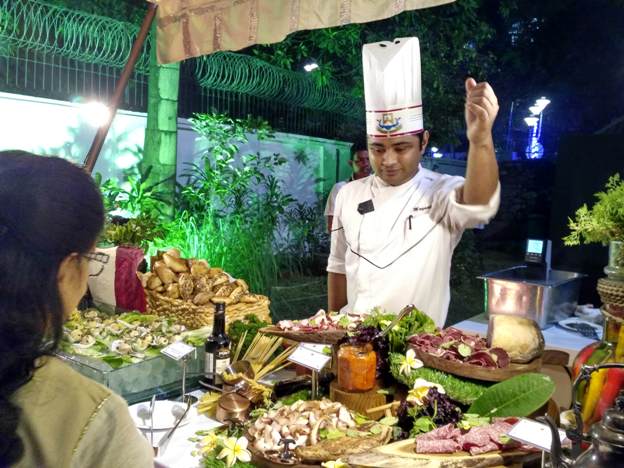 As expected, the party was attended by distinguished people from various walks from the city. I spotted writer Amitav Ghosh and leading actress Koel Mullick with her producer husband Nishpal Singh. Koel obliged my blogger friends with a selfie.

We bloggers were constantly exchanging notes on what the picks were from the wide array of foods. Heard good things about the crepe at the Hyatt stall and the extremely thin crust pizza at The Park stall. Tried the crepe made with ricotta (Italian cheese), exotic vegetables like baby spinach, radicchio and pakchoi and parmesan fondue. The vegetables soaked in cheesy goodness between the soft, browned crepe sheets made love with the palate! 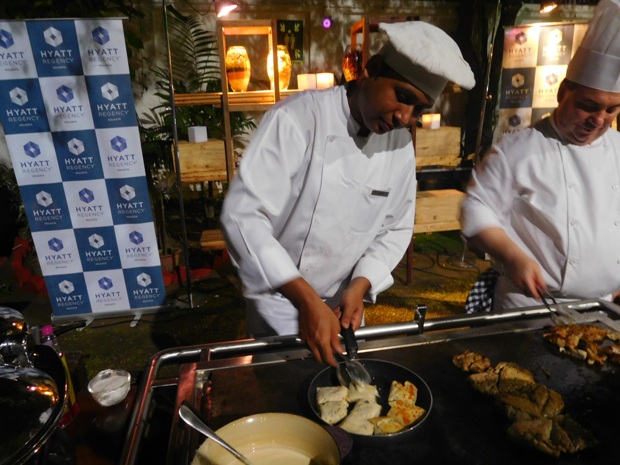 Tried the pizza. I’ve heard that the pizza that we know here as an Italian dish is far from the kind Italians have. But the one that I saw there being made was as thin as tandoori roti! I am not a pizza person and it was a vegetarian pizza, so, it didn’t impress much but it did taste better than the stuff available here. 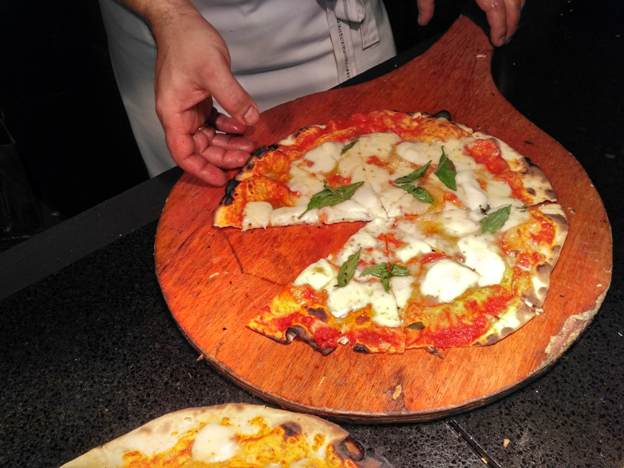 We wrapped up with desserts from the Oberoi Grand stall. I don’t have great weakness for chocolate cake/pastry (I’m a dry cake person), so I took the Barozzi Cake with some apprehension along with tiramisu which is my favourite Italian dessert. But the tasting proved different. The interplay of chocolate (a dark chocolate) and wine made for a pleasant surprise and can be encapsulated in one word – sublime! I like dark chocolate and it was at its best. The tiramisu was good and appreciated by my blogger friends but I would want a little more coffee in it.

The evening was a refined and rare culinary experience to cherish in a long time to come! My heartfelt thanks to the Italian consul-general Mr Damiano Francovigh for the invitation. It opened a window of gourmet Italian food to me and I am definitely admiring Italian cuisine much more after that evening.

If you liked reading the post, you may visit this blog's Facebook page (click on the link) and hit the 'Like' button to stay connected with the future updates on this blog and more on the page.
Posted by Anirban Halder at 10:02 AM