The Date with Tin Tin 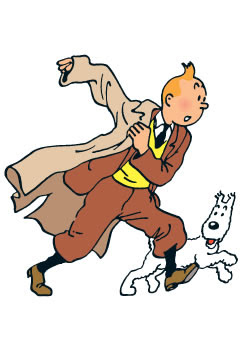 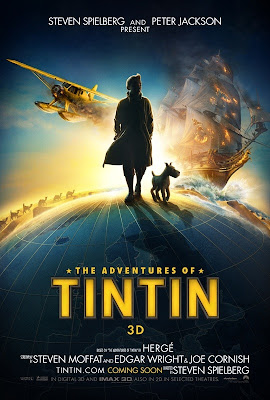 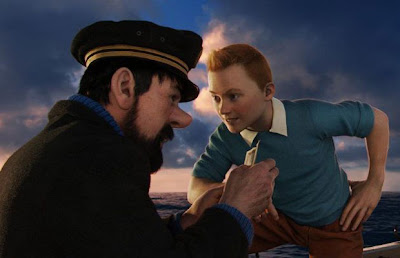 After a fairly long time I’m keenly awaiting a Hollywood movie. Tin Tin, one of the favourite comic strip heroes of our generation, that grew up in the seventies and eighties, is coming back with a bang to the celluloid after almost four decades of his last screen outing.

The iconic comic strip by Herge (as he was popularly known) from Belgium, was first published in Bengali among all Indian languages. Two pages of the adventures of Tin Tin was a permanent feature of Anandamela- the popular fortnightly children’s magazine from the ABP group, and it was the first thing that I would invariably check out immediately after grabbing a new copy. The comic strip stayed as Anandamela went through a transformation over time, including converting to the regular size from a small size (that of a regular book) that is my first memory of the magazine and Tin Tin as well.

I followed Tin Tin, a young, boyish-looking reporter with a golden tuft that was sort of his brand identity, having a penchant for cracking mysteries, through his series of adventures that took him through various places across globe from desserts to the land of Red Indians, and even moon. He and his dog Snowy were often accompanied in the adventures by Captain Haddock, the hardcore mariner with an amusingly colourful vocabulary. And the duo would often come across Professor Calculus, the semi-deaf inventor whose famous line was ‘More to the west’, and the twin detectives Thompson and Thompson known for messing up things more than solving cases. To make it suit the language, especially the school-going readers, Snowy was called Kuttus and the detective duo Johnson and Rohnson in Anandamela, and later in the Bengali edition of Tin Tin books published by Penguin. Tin Tin sailed across many incredibly challenging and life-threatening situations by virtue of his quick wit and vast knowledge.

The attraction of the movie in question, apart from the fact that it is largely a 3D-animation-based (with actors playing the famous characters besides a completely animated, perfect-looking Snowy), hence a smarter version unlike the previous ones, and that the pirate villain is played by Daniel Craig, is that it is directed by none other than the great Steven Spielberg, a self-confessed Tin Tin buff. Fate came between him and his dream movie for a few decades before he filmed ‘The Adventures of Tin Tin : The Sectret of the Unicorn’ (about a sunken treasure in a huge ship named Unicorn, one of my favourite Tin Tin adventures) that is releasing worldwide in phases now. It has released first in Belgium, the country of Herge, and where Tin Tin is a national icon, on 26th October, followed by other European countries, Asia, Africa, the Australia continent and finally in North and Latin America through December ’11 – January ‘12. It is releasing across India on November 11.

Can’t wait to set a date with my childhood hero after November 11!! Am sure, scores of Kolkatans who have been avid Tin Tin readers in their younger years are feeling as nostalgic or more. Would also like find it out for myself how the young reporter fares on celluloid in the age of famous big screen versions of Spiderman, Batman and Harry Potter.

Pictures : 1. Tin Tin & Snowy from the comics, 2. The movie poster of 'The Adventures of Tin Tin : The Sectret of the Unicorn' and 3. Tin Tin and Captain Haddock from the movie.