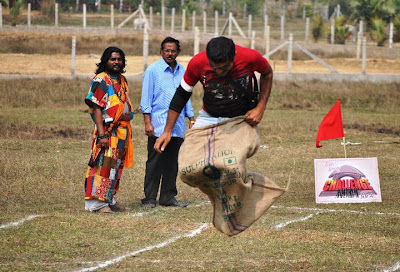 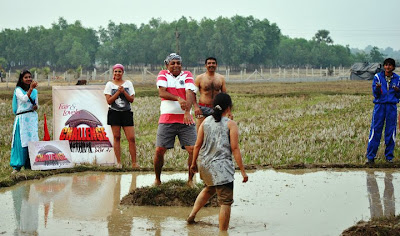 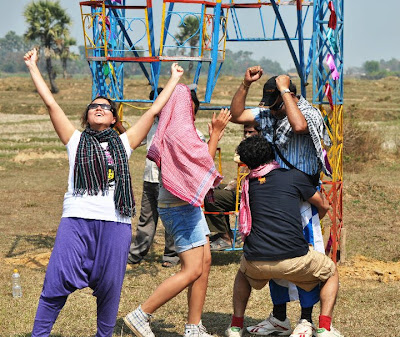 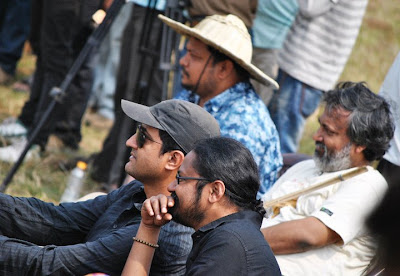 Shooting stills of Challenge Nibi Na - the under-production reality show on Bangla television (Re: Earlier post Bangla avatars of national shows) jointly produced by Kaustuv Roy's RP Techvision and Nitesh Sharma's Bangla Talkies, targeted at an adult audience. The show will have celebrities 'fighting' it out in the real sense of the term for the top prize (Rs 10 lakh). As per media reports the fight often got dirty and abusive. The show will be aired on ETV in a few months.

The first photograph shows Silajit in a sack race. And the last shows the men behind-the-scenes including co-producer Nitesh Sharma (First from left) and line producer Saran Dutta (second from left, in specs).
Posted by Anirban Halder at 1:51 PM