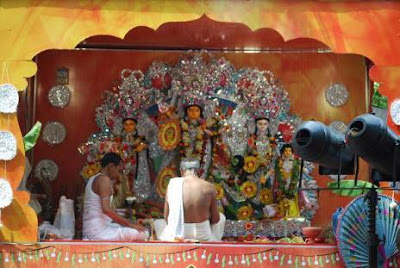 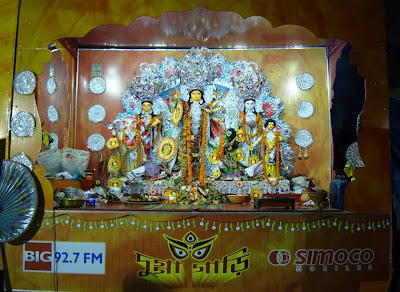 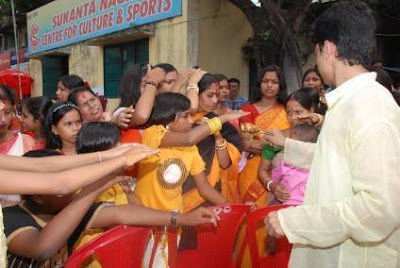 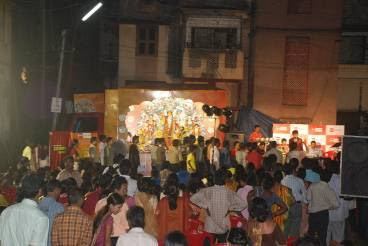 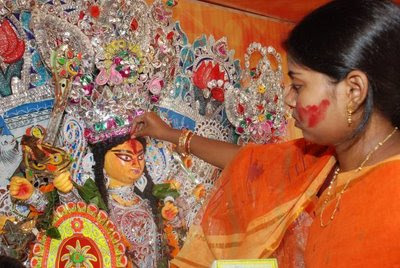 Big FM, Kolkata's second largest radio station, brought some difference to the paradigm of organising Puja this year. Beside stationing their activities to potential and popular Puja pandals, they actually brought the 'Puja' to places where the nearest Puja is not so near.

A van with a float of goddess Durga and complete with all her sons Laxmi-Ganesh-Kartik-Saraswati, aptly named 'Dugga Gari', came to one day on each of all four days of Puja to a few localities who were game for such an experiment. Behala Parnasree had this incredible experience on Sasthi, Beliaghata Future of Bengal on Saptami, Sukanta Nagar Youth Centre for Culture & Sports on Ashtami and a Garia locality on Nabami & Dashami. The puja was done following the rituals and people offered 'Anjali'. The evenings were made colourful by Big FM RJs and crew who played games and did some fun interaction, apart from performance by Samayan, who won the talent hunt 'Sing with Sonu' last June to perform with Sonu Nigam in his concert in the city that followed soon.

The float was customarily immersed on Dashami and the crowed (including a healthy participation of girls and women) cheered and danced all the way to the ghat. This is proof how they connected with this Puja with a difference.

Overall, an experience to cherish a lifetime and something to say to 'Aaschhe bochhor abar hobe' (to come back next year).
Posted by Anirban Halder at 8:25 PM