The big bang release of ‘Praktan’

As an impassioned supporter of Bangla cinema, it gives me a high to note the great job the makers of the keenly-awaited 27th May release Praktan has done in distribution. Besides an uncharacteristically wide release in Bengal (last heard 101 theatres, by distributor Piyali Films managed by Arijit Dutta of Priya Entertainments), the film is having an unprecedented big release all over . Most importantly, and as another first, this will be a day-date release which means the film will see a release all over India on the same date as Bengal. 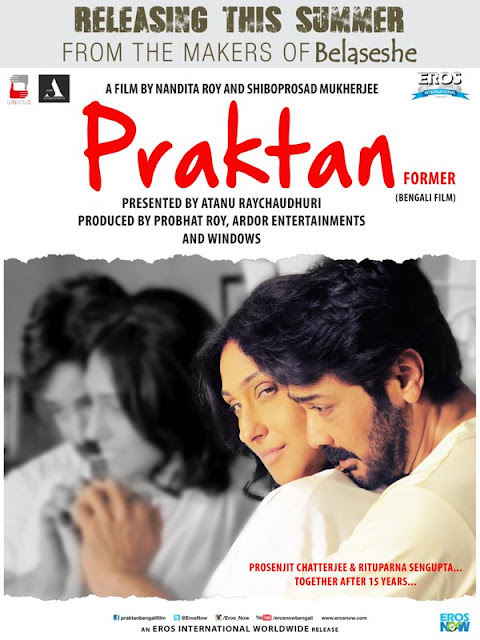 In the 25 cities that the film will be released in, most do not generally see a Bengali release though they are known to have a sizeable Bengali population (like Lucknow, Kanpur, Chennai, Allahabad, Bhubaneshwar, Patna and Dhanbad). Bangla movies have a release (if at all) deferred by a few weeks mostly in cities like , Mumbai, Pune and .

On top of it and as yet another first, Praktan is going to have a day-date international release in 8 cities in US and 1 city in . The theatres are:

Bangla movies don’t see an international release for quite some time. In the past, a US-based organization called Databazar used to release Bangla movies in the on a small scale but the efforts were not sustained for long.

All this is possible thanks to Eros being the distribution partner. This big and eminent production & distribution house of Hindi cinema and of late, regional cinema, has the necessary clout in distributing Indian movies in the country and international markets. Eros decided to back the Praktan director duo Nandita Roy & Shiboprosad Mukhopadhyay’s films after they distributed their last release nationally observing its success in Bengal (Belasheshe, a blockbuster of 2015).

If Praktan is a success, a large national and international market will open before Bangla cinema from which it can immensely benefit.  The struggling industry is probably pinning its hopes on the film.

If you liked reading the post, you may visit this blog's Facebook page (click on the link) and hit the 'Like' button to stay connected with the future updates on this blog and more on the page.
Posted by Anirban Halder at 12:44 AM