The curious case of potato in Kolkata biryani

If he was alive, Ray would have probably written a Feluda thriller ‘Aloo Rawhoshyo’ to crack the curious case of potato in Kolkata biryani.

There are numerous stories circulating in Kolkata tracing the entry of potato in its biryani, popularly known as the Kolkata biryani. 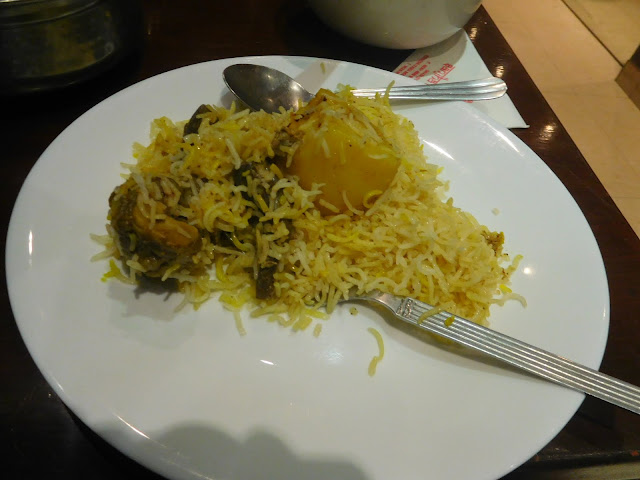 I read this recent article in The Indian Express online, about a culinary event helmed by Manzilat Khan, better known as the great-great granddaughter of Wajid Ali Shah — the tenth and last nawab of Awadh (to whom biryani’s birth in Kolkata is credited). The story of potato’s entering the royal biryani was narrated by Pritha Sen, heritage cuisine expert, in this event. The story goes like this- Feeding the large royal entourage on a stipend of Rs 1 lakh per month from the British was a challenge in the kitchen. Cooking biryani with the prescribed amount of meat was an issue. So the cooks needed something to make the volume of biryani in the absence of enough meat. The nawab had arrived in Metiaburz (popularly known as Metiabruz) in 1856 and it was that time when potatoes had just been introduced in India and were cultivated mostly in Dehradun by the British. The cooks used it in the biryani as an exotic ingredient which was cheaper than meat.

However, this article published in t2 (with The Telegraph) today quotes Shahanshah Mirza, the great-great grandson of the nawab dismissing the above-mentioned story (See ‘The Nuggets’ section) in another culinary event in ITC Sonar. According to him, the nawab was the highest paid pensioner in India with Rs 12 lakh a year (The amount matches with the earlier story) and if he could maintain a large zoo in Kolkata, spending on meat could not have been a challenge. So how did the potato enter the royal biryani? As he continued, the chefs used to experiment with different things and on one such day they added potato. This caught the nawab’s fancy and potato was to stay.

Draw your own conclusion or add to the mystery by narrating the story you know in the comments.

If you liked reading the post, you may visit this blog's Facebook page (click on the link) and hit the 'Like' button to stay connected with the future updates on this blog and more on the page.
Posted by Anirban Halder at 4:33 PM