Yes, you saw that right. Instagram held its first exhibition in in this city earlier this month. It featured the work of 20 Instagrammers.

As it was, photography professional Soumya Shankar Ghosal from the city got a surprise call from Facebook (which owns Instagram) in December ’15 and he was told that they were intending to hold their first Instagram exhibition of India in Kolkata, coinciding with Global Business Summit in January ’15 (for the best exposure). His role would be curating a part of the exhibition as part of the curator team and the theme would be ‘Diversity of Bengal’. One of the photographs which had already been selected by the team was his click of Nakhoda Masjid during Ramadan.

So Soumya and his team in his photography initiative Streets of Calcutta (Said to be the world’s largest street photography archive) and another popular Facebook group Calcutta Instagrammers collaborated and got down to business poring over hundreds of photographs on Instagram and zeroed in on seventeen. Instagram kept the work of three commissioned shoots- Bandna Festival of Purulia district, Durga Puja at Sonagachhi (A red light area in Kolkata) and the Christian community in Kolkata.

The exhibition was held at ICCR, 9A Ho Chi Minh Sarani on 7th to 9th January not with great fanfare but it did make a mark with the visitors. Soumya and his friends, yours truly included, did their bit in spreading the word on social media. 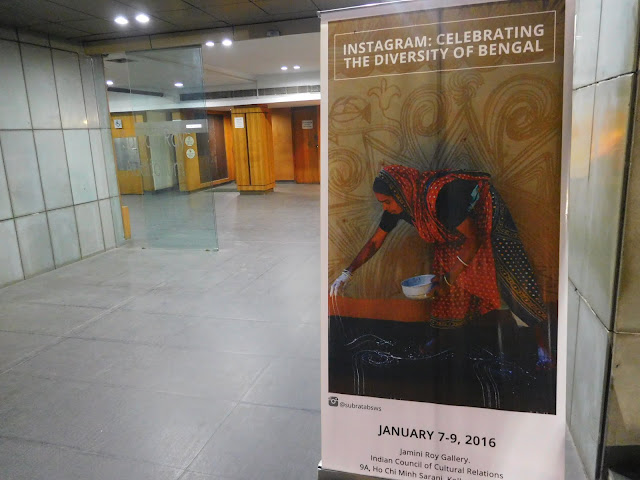 A team from Facebook inaugurated the exhibition the traditional way- lighting a diya (traditional Indian lamp). Ritesh Mehta, Head- Economic Growth Initiatives, Ankhi Das, Public Policy Director of Facebook and Katie Harbath were present along with the participants. The exhibition was inaugurated by Derek O’Brien, Member of Parliament in Rajya Sabha from and an eminent quizmaster from the city. The photographs truly reflect diverse aspects of and Kolkata. Here’s a look at it. 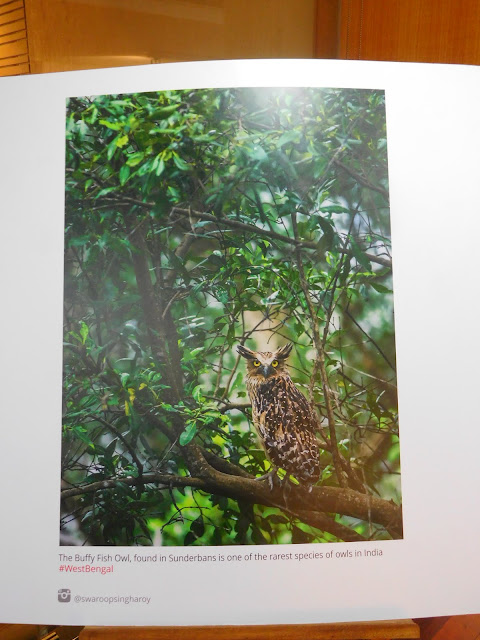 I was very happy to see blogger and photographer friend Indrajit Lahiri’s photo of Chitpur, which I made the cover of this blog during Ramadan last year (Find it in the Cover Photo Archive section of this blog). 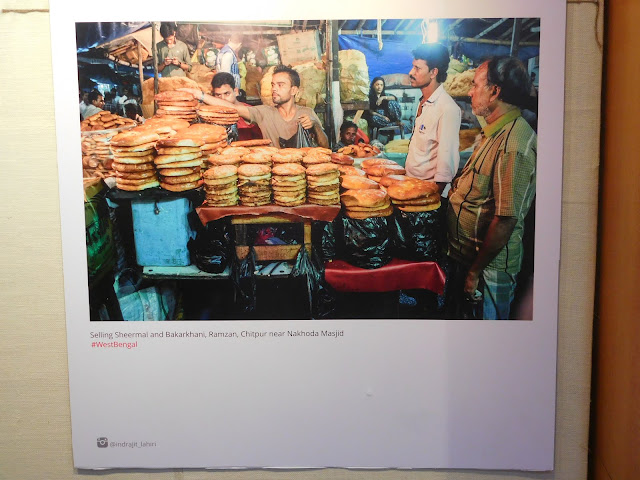 To know further details, take a look at Soumya's blog post here. It busts a myth about Instagram photos.

If you liked reading the post, you may visit this blog's Facebook page (click on the link) and hit the 'Like' button to stay connected with the future updates on this blog and more on the page.
Posted by Anirban Halder at 9:38 AM