X: Past is Present- An intriguing experimental film

“X is going to be a genre-bending, one-of-its-kind cinema experience because we have at least eleven different styles of storytelling in one film.” –Sudhish Kamath

We are familiar with many-in-one films or what the cine buffs call anthology films where several interconnected short films, sometimes made by different directors, are packed into one cohesive film. A recent instance is Bombay Talkies (Hindi).

X: Past is Present, releasing this month, is a film with a single story, but made by not just a handful, but eleven directors, each doing one segment. And so far I’m aware, it is the first time in Indian cinema that such an experiment has been done. Helmed by eleven varied cinematic talents possessing strikingly diverse filmmaking styles, this cinematic treat is about a single man who recalls his passionate journey with various women spanning 25 years. And it happens all in a night at a film festival after he meets a mysterious girl who intriguingly seems to have something to do with every woman in his life. 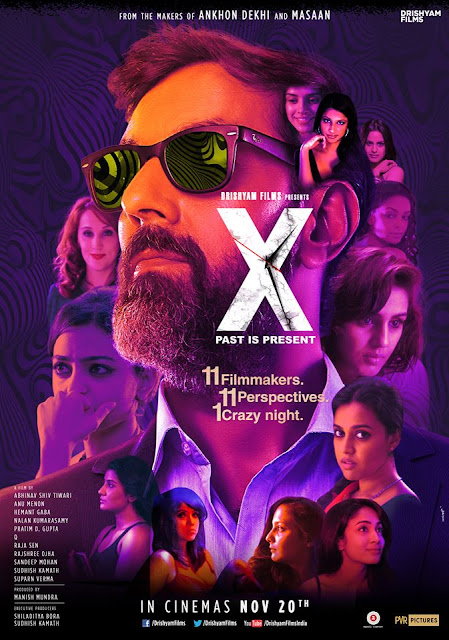 Each segment, which is like one short film, deals with one of the ten ex-girlfriends with one or two of the twelve female leads acting in it. The male protagonist, K- the filmmaker, is played by Rajat Kapoor. His younger age is played by Anshuman Jha (of Love Sex Aur Dhokha). 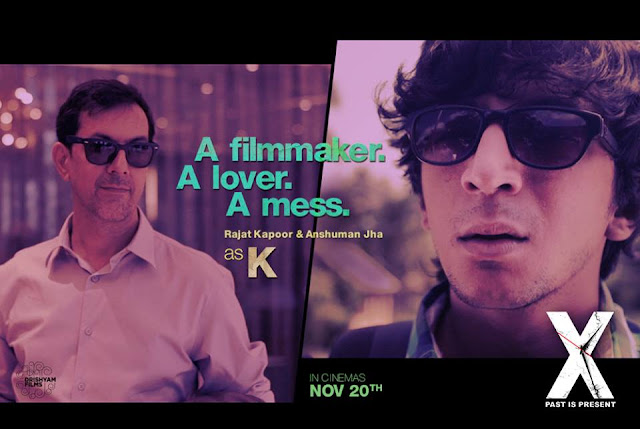 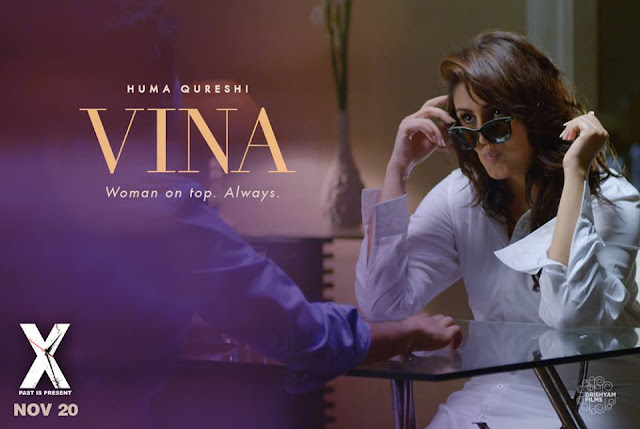 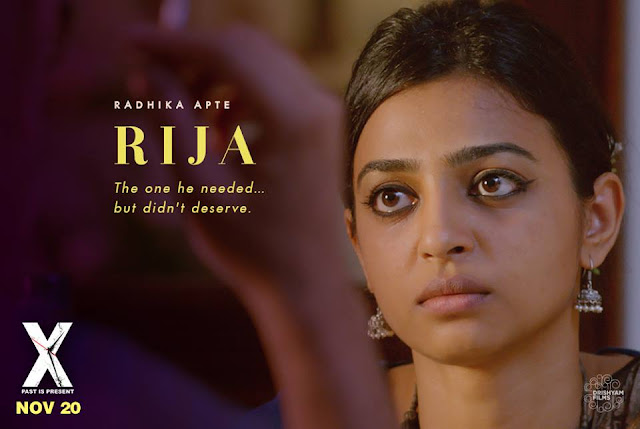 It is pleasing to note that two filmmakers from Kolkata, Pratim D Gupta (better known as the film critic of The Telegraph, who debuted with Paanch Adhyay in 2012) and Q have directed two segments. Pratim’s film has Parno Mittra in the lead opposite Ronodeep Bose (playing the young K only in this segment), with Usha Uthup playing a character role. Q’s film has Rii in the lead (No prizes for guessing).  girl Bidita Bag (of Ichchhe) has played another lead in one of the other tracks. 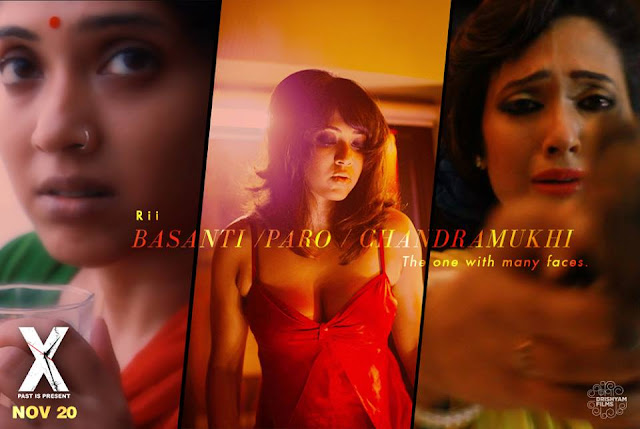 The story behind the film goes as: The idea came from film critic Sudhish Kamath when he was at The Goa Project held in March 2013. He wanted to shoot a film during the event itself but as he could not because of lack of funds and time he "decided to take the idea forward and make it bigger in scope".  The project got backing from Manish Mundra of Drishyam Films and Shiladitya Bora (who jointly produced the critically acclaimed Masaan along with others) Sudhish was the driving force and he was instrumental in getting the other ten directors together.

The eleven tracks are varied in nature. As Sudhish puts it, “Someone's a light rom-com, someone's a twisted drama; someone soothes, while someone thrills."

The film had its world premiere on November 16, 2014, at the South Asian International Film Festival in , where it was selected to open the festival.

One of the reasons why it was indeed a risky experiment was eleven directors interpreting a single character. But this is what Christopher Bourne of Meniscus magazine, has said on the film- “The most remarkable aspect of X is the fact that in spite of the quite disparate cinematic styles and narrative modes employed by these 11 directors, the film feels quite coherent and cohesive. If one didn't know many directors were involved in this piece, he or she could easily conceive of a single filmmaker attempting different styles in order to tell the story."

A Sreekar Prasad is the lead editor of the film whose segments have been edited by individual editors. Prasad is largely responsible in giving the film the final shape taking up possibly one of his most challenging assignments.

X: Past is Present is releasing nationwide on November 20 by PVR Pictures. It has already generated curiosity on social media with many celebrities sharing the intriguing trailer which has generated more than 9.51 lakh hits on YouTube.

If you are inquisitive about the story of its making in further detail, read this interview of Sudhish Kamath.

(The digital posters are sourced form the film's Facebook page)

If you liked reading the post, you may visit this blog's Facebook page (click on the link) and hit the 'Like' button to stay connected with the future updates on this blog and more on the page.
Posted by Anirban Halder at 2:37 AM