The first Dragon Boat Festival in the city

I learnt about it from a poster on Facebook. A traditional Chinese celebration all over the world, it was to be held for the first time in the city last 21st June, Sunday, organized by the local Chinese community. The venue was Tiretta Bazar, which is considered to be the old of the city. On offer was authentic Chinese food and lion dance as major attractions. A little looking up on the net revealed that the Chinese foods would be the same from the famed Chinese breakfast market of Kolkata set up daily on the street.  So there was reason enough to want to experience it.

Dragon Boat Festival, also often known as the Duanwu Festival, falls on the 5th day of the 5th month of the traditional lunar calendar. As Chinese calendar is luni-solar, the date changes every year on the international calendar. It is celebrated with eating zongzi (sticky rice treats with pork and lentil filling wrapped in bamboo leaves), drinking realgar wine and racing dragon boats in the river.

Earlier that week, boss told me that the first rainy day of the monsoon was going to be Sunday as per weather prediction, which dampened my enthusiasm. Chinese festivals are colourful, and I didn’t want the weather to either rob it of any colour or prevent it from taking place altogether.

The sky changed between clear and cloudy on the day, and there was a shower or two. It was overcast around four in the afternoon and just when I was ready to leave, it started raining. It depressed me to the core.  Thankfully it didn’t last long and I rushed. I took along my elder daughter to let her have a unique experience.

When we reached Tiretta Bazar around six, the lion dance on the road had ended.  A big disappointment! A blogger friend who came before me and saw it, told me that the turnout was huge, and far bigger compared to the arrangement, and the food stalls had little left to offer. But it felt good that so many people ignored the weather threat to turn up in time. I saw a small gathering in front of a Chinese church and a crowd inside it. Asked an old Chinese man who told me that the action had shifted to another lane that he pointed out and that pork dishes were being sold from the church. Chicken and other dishes were being sold from that lane. Later another friend who runs a huge vegetarian food group on Facebook from the city told me that vegetarian items were also being sold from a Buddhist temple.

The main festival venue was at the said lane. A colourful pandal decorated with bright red lampshades at the entrance. There was a small stage at one end where a man was belting out English and Hindi songs on the tracks played by a DJ alongside. There were food stalls laid out on both sides, selling phuchka and chops on one side and siu mai, bao, a no. of fried starters, noodles, fried rice and chicken, and of course sticky rice wrapped in bamboo leaf, the customary food for this festival, on the other side. They were all crowded, as everybody wanted to grab his/ her desired dish before it got vanished. Food coupons (starting Rs 10) were to be bought from a corner counter and exchanged for food at the stalls. There were art installations made with waste products like water bottles along the way and standees depicting history and present times of printed on flex. 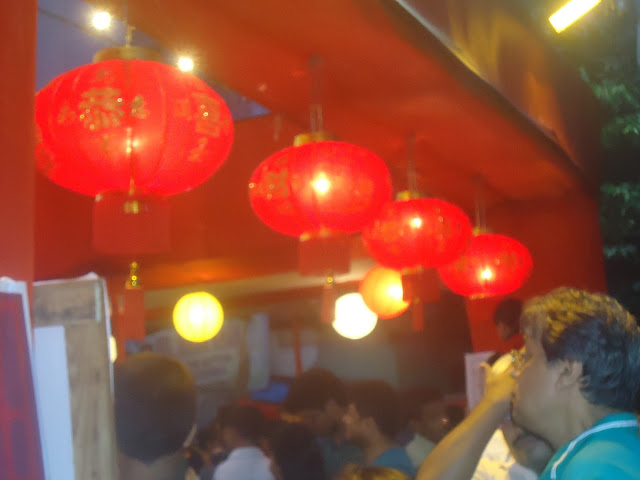 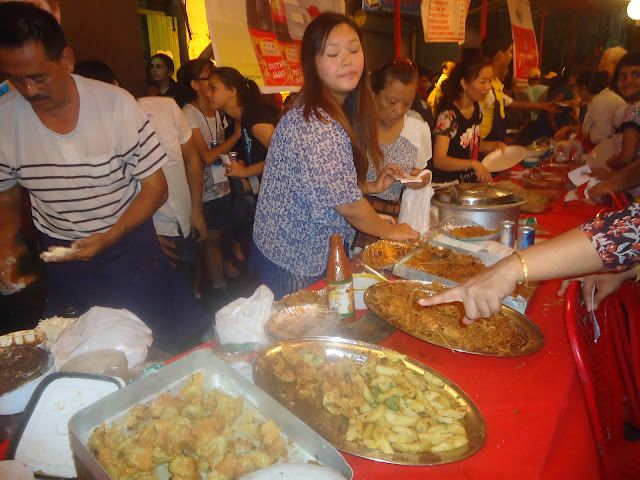 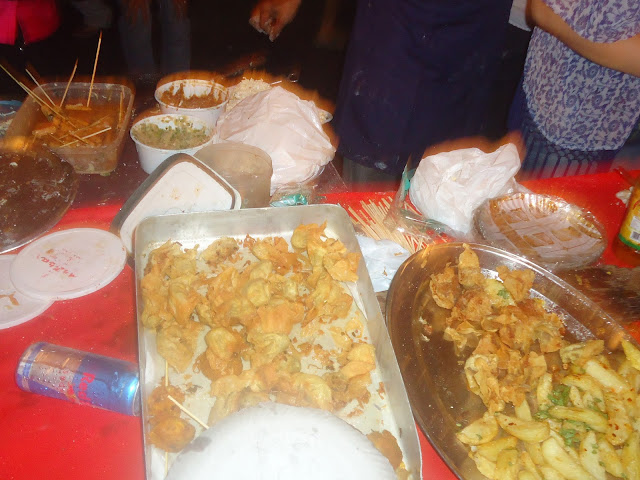 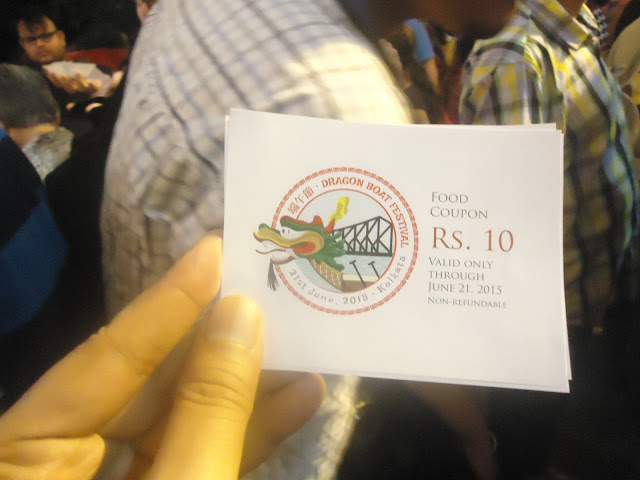 A lot of young people were shooting the festival with advanced digital cameras with enthusiasm. It makes a point that today’s smartphones with the lure of high megapixel cameras haven’t done a great damage to digital cameras for common people. I think the creation of a large no. of photography groups on Facebook where one can display his work and receive feedback and get noticed has contributed to the trend.

In a break during the show we took a walk around the place. We spotted the factory of Pou Chung, a brand of Chinese sauces and noodles born here in the fifties. As I read in a feature in Metro in The Telegraph that morning, the founder of Pou Chung is claimed to have made green chili sauce first in Kolkata, marrying Chinese and Indian flavours. The sauce, contrary to popular knowledge is not an authentic Chinese sauce, it’s rather a Kolkata Chinese sauce.

Also noticed that the area has a sizable Muslim population as well. There is a mosque on the road from Central metro station going straight into the area where people gathered for evening prayers. The time being Ramadan, a makeshift stall on the road was dishing out beef, mutton and Chicken halim.

We went back for another round of lion dance, but it got postponed. We sampled Hunan Chicken Fried Rice (Rs 50 for a small bowl) and chicken. The rice was lighter than what is served in restaurants, but tasty, like homemade food. The stalls were set up by local people with homemade food and this authentic bit was one of the attractions of this event.  I asked for a mix of the spicy Shanghai Chicken with thick gravy and the dry, fried pepper chicken (Rs 50). The former tasted good but the latter wasn’t impressive. 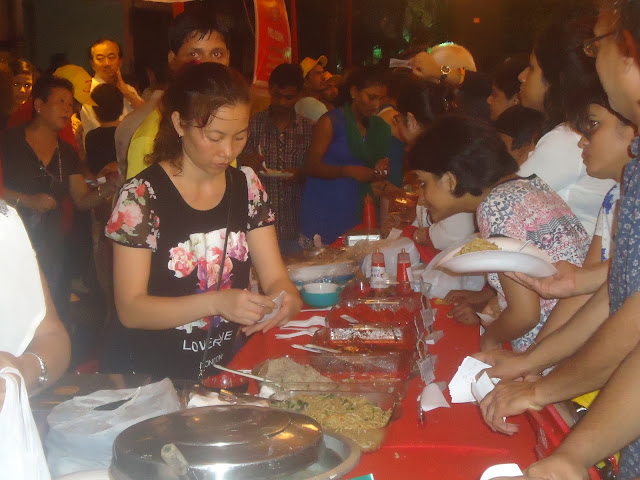 A hip hop act was announced. The crowd was requested to make space at the centre. It was difficult as the gathering was quite thick post seven o’ clock. It was a nice act by The Big Bong Theory, a hip hop group (perhaps the only one in the city), cheered by the crowd. They had trained local children for more than a month, who joined them in the act smartly.

Then followed the lion dance. The dancers in large colourful masks and costumes came dancing into the venue. But it was woefully inadequate for most of us to view it. Still we got a flavour of it at last.

Time to bid goodbye. The organizers admitted they were overwhelmed by the attendance and the arrangement proved inadequate, with the promise to make it bigger and better this year. In fact they would like to have it by the riverside with dragon boat race. A lot to look forward to!


If you liked reading the post, you may visit this blog's Facebook page (click on the link) and hit the 'Like' button to stay connected with the future updates on this blog and more on the page.
Posted by Anirban Halder at 2:34 PM