The living legend is honoured 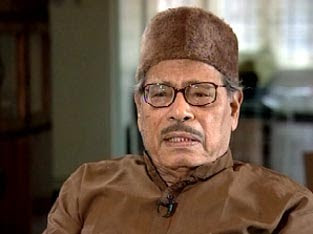 He famously replaced Hemanta Mukherjee's voice on Uttam Kumar's lips at the later part of the superstar's career. He amazingly blended his training in classical music with winning melodies. He shuttled between Mumbai and Kolkata to lend his voice in Hindi and Bengali movies and made it to the top at both places. His 'Jibone ki pabo na' can still rock any party and recently got remade by the no. 1 music director in Bengali cinema and made the current heratthrob dance to it. His evergreen hits still encapsulate Hindi films to reality shows to TV commercial of India's no. 1 mobile service provider featuring a top celeb couple.

Mohd. Rafi once confessed as people love to hear his songs, 'he' was his personal favourite, Sachin Dev Barman, who he was a favourite of, thought of him only everytime he had a difficult song on hand, famous composer Anil Biswas firmly believed he could sing any song of Mohd. Rafi, Talat Mahmood, Mukesh and Kishore Kumar but so wouldn't be true the other way round.

Manna De's receiving the Dada Saheb Phalke Award this year has surely delighted every Indian and Bengali in specific, this blogger included. His songs mesmerizes generation after generation. The only hitch is it is pretty late to do this honour to an achiever of his stature, who's still performing all over the globe at the age of ninety.
Posted by Anirban Halder at 10:25 AM